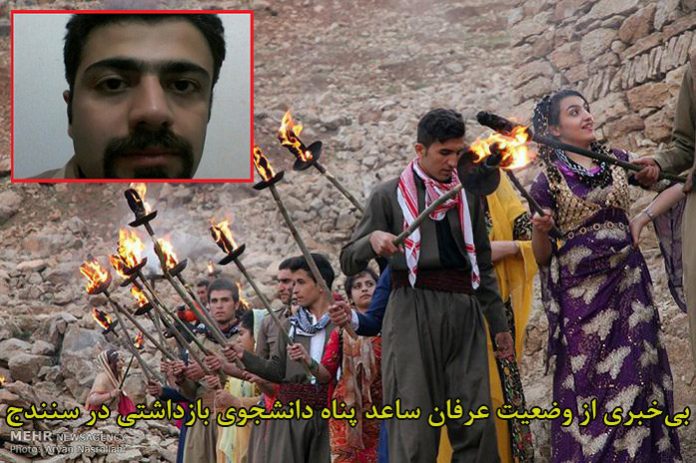 According to the Campaign for the Defense of Political and Civil Prisoners, on March 19th, 2018, Erfan Saedpanah, a 31-year-old political science student at Kharazmi University in Tehran, was arrested by security forces in Sanandaj. There is no information about him and his parents are completely in dark about their son status.

On Monday, on March 19th, 2018, Erfan Saedi, along with four other activists, by the names of Mohsen Moradi, Arivan Shakeri, Mehran Mohammadi Erfan Saedpanah and Salar Kazemi, were summoned and questioned by the Sanandaj Information Office.

Four of these civil activists were released after being interrogated, but Erfan Saedpanah was arrested by Sanandaj Information Office personnel.

The reason for the arrest of these people was to prevent Nowruz celebration in the Kurdish region.

It was reported that ” Erfan Saedpanah’s family went to the Sanandaj Information Office to learn about their son situation and visit him, but they were told that no visit is allowed for him and he is going through interrogation.”

Nowruz’s celebration in the Kurdish regions is of great importance because of its historical background. Every year before or during the ceremony in Kurdish areas, security forces have arrested Kurdish civilians and civil activists and condemn them for security or political crimes.