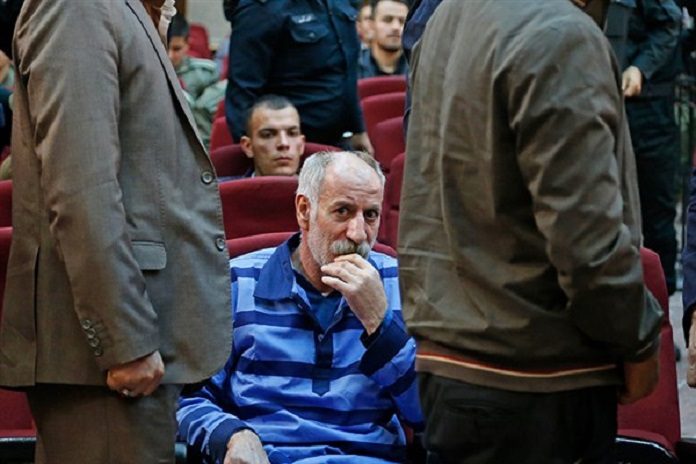 According to Zainab Taheri, Mohammad Salas’s Lawyer, in the morning of Monday, June 18th, 2018, Yavar Mohammad Salas was executed in Rajai Shahr prison in Karaj.

Islamic Republic of Iran’s judicial authorities claims that during the events of January 20th, 2018, to prevent arrest of Nourali Tabandeh, one of Daravish’s Leaders, Mohammad Salas drove the bus toward law enforcement officers and ran over 3 of them.

The execution sentence was issued by the 9th Branch of the Tehran Penal Court under the direction of Judge Mohammadi Kashkoli. From the arrest it took only one and half month before he was sentenced to death, and during the first court session he did not have access lawyer.

The appeal was denied by the Supreme Court on June 13th, 2018. According to Lawyer Zainab Taheri, Mohammad’s son and daughter, and his own testimony, Mohammad Salas was arrested three hours before the accident, and therefore he is not the bus driver. They all asked the authorities to show a document, other than his initial confession after being beaten and tortured, that proves Mohammad was the bus driver in question.

Zainab Taheri wrote in her telegram channel: “There is no evidence that Mohammad Salas was behind the wheel of the bus that killed the law enforcement officers.”

She continues saying that Mohammad Salas’s skull is broken in 17 places from harsh beating by truncheon and he is almost going blind by these blows. According to Zaynab Taheri, after Mohammad rejected the charges against him in the first court, “he was severely beaten and tortured and broke his fingers, stood on his head with boots and broke his ribs.”