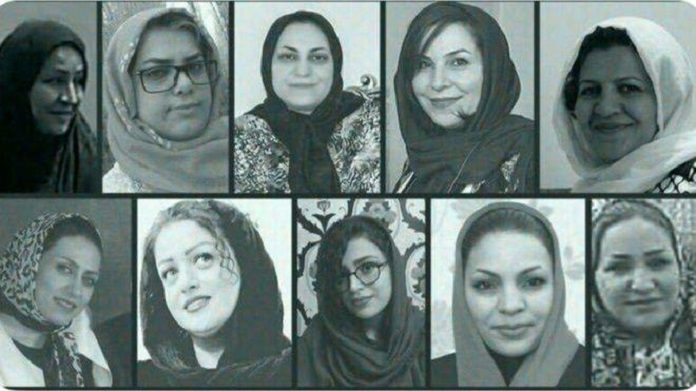 Six days after the Dervishes’ protest in Tehran Great Prison and the gathering of families in front of Gharchak’s prison, Gharchak prison authorities refuse to give any information about the status of detained Darvish women in this prison.

According to the Majzoban Nour Telegram Channel, earlier this morning, June 18th, 2018, security guards and police forces were stationed around Gharchak Prison and its entrance, and are in a state of full readiness.

Mohammadi, the head of Gharchak Prison, has also refused to answer to the families of Dervish women.

The Majzoban Nour website had previously reported that ten Darvish women, in Gharchak prison, had been on hunger strike since Friday, June 15th, 2018, in protest to “assault” and “organized violence” by the Guard of the Prison.

Last week, the reports of prison guard attack on female detainees at the Gharchak prison on Wednesday, June 13th, 2018, were released. It has been reported earlier that prison officials have “provoked some other prisoners against Darvish female prisoners to create a conflict between them. After the raised tension, the Darwish women were severely beaten with batons and clubs ” by the prison special guard ” and transferred them individually to various part of jail. Sidigheh Khalili, Sepideh Moradi’ mother, in a conversation with Majzoban Nour website said that her daughter was beaten in a prison so hard that she can not walk.

On February 19th, 2018, at least 60 Gonabadi darvishes’ women were arrested due to demonstrations that became violent after the security forces used beatings, firearms, spray machines and tear gas.

After being arrested, the women were transferred to the Varza detention center and said that they were subjected to intimidating interrogations, loud mutilated and aggressive body inspections.

There are reports that some women were subject to nightly interrogations that involve verbal violence and threats.

The Rey Prison was formerly a poultry farm, where hundreds of women convicted of violent crimes are held in deplorable conditions, which do not even meet minimum standards of treatment of detainees. Common complaints include dirt-contaminated areas, lack of ventilation, dirty and low number of health services, the spread of contagious diseases, low-quality foods that sometimes filled with pebbles and salt water.

Amnesty International while expressing concern about the situation of women in the Dervishes, urged the Islamic Republic of Iran to release them unconfinedly.

In recent years, numerous reports and news have been published on summons, threats, arrests and, finally, trial and sentencing for dervishes – especially the Gonabadi Darvishes.