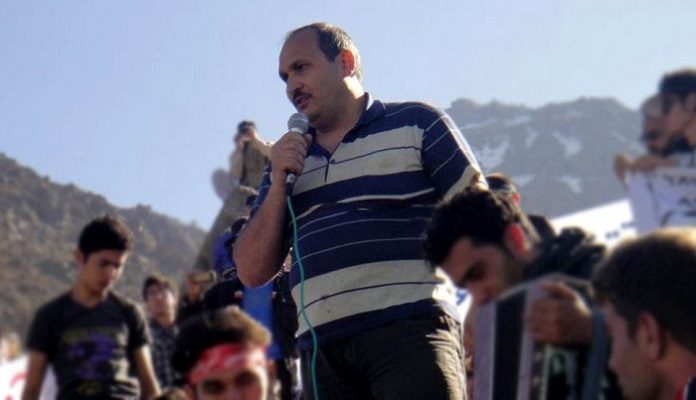 According to the Campaign for the Defense of Political and Civil Prisoners, on Monday July 2nd, 2018, Abbas Lesani, a civil activist and resident of Ardabil, was arrested and transferred to an unknown location.

Some human rights organizations have argued that the reason for arrest is the upcoming of the annual gathering of the Babak Castle, held on July 5th and 6th, 2018.

Abbas Lesani, is a 55 years old food retailer, is also a civil activist in the city of Ardabil who has been involved in peaceful activities in the area of ethnic rights for Iranian Turkish citizens, such as the fight against ethnic discrimination and the struggle for official Turkish language, and has been detained and imprisoned several times.

The civic activist, in 2015, was sentenced to one year imprisonment on charges of using propaganda against the regime, and was released on May 25th, 2016, after serving a prison sentence in Ardebil and Shiraz prisons.

Article 27 of the Iranian Constitution allows unions and marches without carrying gun and do not violate the principles of Islam.

Between 16% and 25% of the population of Iran are Turkish Speaking citizens and most of them live in the provinces of East and West Azarbaijan, Ardebil and Zanjan. Some of these citizens regard the rule of law as discrimination, and the prohibition of teaching non-Persian languages in schools is one of the most prominent cases of discrimination, which has always been the subject of protest by some of the civil activists in these areas.