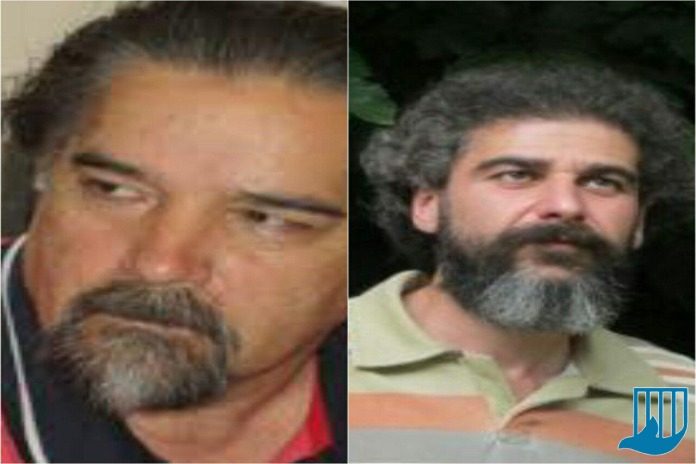 Keyvan Bajen and Reza Khandan Mahabadi, two secretaries of the Iranian Writers’ Association, were summoned to the Evin prosecutor’s office in separate subpoenas.

According to the Campaign for the Defense of Political and Civil Prisoners, Keyvan Bajen and Reza Khandan Mahabadi, two secretaries of the Iranian Writers’ Association, each received separate subpoena on Thursday July 26th, 2018, and they were asked to go to Evin prosecutor’s office in three days.

The Iranian Writers’ Association, announcing the news on its Facebook and said,” In mid-April 2015, the agents searched Bektash Abteen’s House, who was then a member of the Board of Directors of the Counsel, and took him for interrogation. A week later, the same was repeated about Reza Khandan (Mahabadi). The summons was filed by the Public Prosecutor of Culture and Media, and Ministry of Intelligence was the plaintiff. In June of the same year, Keyvan Bajen was summoned and interrogated by phone. They were summoned at various times and interrogated about their activities at the Iranian Writers’ Association. Over the past three years, these cases have been open. “

Preventing Ahmad Shamlou’s death anniversary on Tuesday, July 24th, 2018, was confronted by the security forces and the participants were faced with the closure of the Imamzadeh door after attending the Imamzadeh Taher.

It is worth mentioning that on July 24th, 2018, four citizens were arrested on the 18th anniversary of Ahmad Shamlou’s death. Ali Kakavand, a member of the Board of Directors of the Iranian Writers’ Association and Roozbeh Sohani, were also among the members of association that were arrested.

Mohammad Nourizad, a civil activist, who after the security forces had been prevented from releasing a video on his telegram said: “This is very good because it shows that they were afraid of the days where he was alive and now are still afraid after this death, and we will surely have good days ahead of us. “

The detainees were transferred to Karaj Security Police and then to Rajai Shahr prison on the same day.

Roozbeh Sohani was released after the interrogation, as well as two others late during the same night. Ali Kakavand was released on July 26th, 2018, on bail.

The Iranian Writers’ Association was formed in April of 1968, with the purpose of combating censorship. The members of the association were faced with oppression, execution, and murder at different times of Iranian history, both during Pahlavi times and during the Islamic Republic, especially in the 1980s and 1990s.

Mohammad Jafar Pouyandeh and Mohammad Mokhtari, who were murdered during the Chain murders of Iran in 1998, were members of this center. The members of the Association include writers, translators and editors. Famous members of the Center include Simin Daneshvar, Nader Ebrahimi, Bahram Beyzaee, Dariush Ashuri, Mohammad Ali Sepanlou, Mahmoud Etemadzadeh (M.A. Beh Azin), Siavash Kasraei, Ismail Khoyi and Ahmad Shamlou.