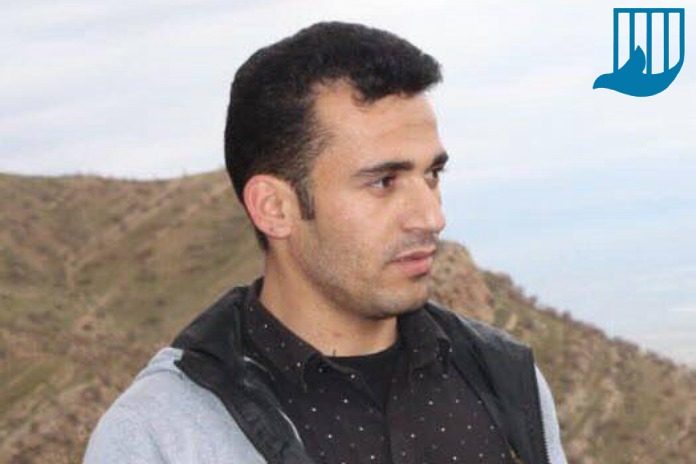 In recent days, with the widespread dissemination of allegations by the security and justice websites against Ramin Hosseinpanahi, and a meeting with several law enforcement and judicial authorities in Kurdistan province on how to execute Ramin Hosseinpanahi as soon as possible, concerns about the execution of the political activist have increased.

The security officials meeting in the Kurdistan governor office and at the same time, security forces media affiliated with the judiciary attack on to Ramin Hosseinpanahi, has doubled the concerns about the possibility of the execution of the political activist.

According to the Campaign for the Defense of Political and Civil Prisoners, on Thursday, July 26th, 2018, in Kurdistan governor office, in presence of the head of Branch 4 of the Sanandaj  Revolutionary Court Ms. Fattahi,  the head of the Central Prison of Sanandaj Aziz Heydari,  the Governor of Kurdistan Bahman Moradnia,, Maleki, and the Ministry of Intelligence and along with the Revolutionary Guard Representative held a meeting where various prison security issues, including the execution of Ramin Hosseinpanahi, a political prisoner sentenced to death, was discussed.

It should be noted that on Sunday, July 29th, 2018, they again transferred this political prisoner to another prison ward, which is also the ward for the most dangerous prisoners who have committed murders and is likely that it could in some way hurt Ramin Hosseinpanahi.

In the last few weeks, it is the eighth time that they transferred him to this prison ward. Earlier, prison authorities told Ramin that he would be executed in this prison, or would be assassinated by their agents, and for this reason his family is very concerned about his execution.

The widespread dissemination of false reports in the security media affiliated with the judiciary system, as well as the armed conflicts in Kurdistan, has increased the risk of executing the sentence.

One of the civil activists in Sanandaj said: “The situation in the Kurdistan region is in high security alert due to armed conflict. The Islamic Republic usually perform executions in order to calm down the atmosphere. Last week, every day, the Revolutionary Guard and Intelligent agency sites has published an article justifying Ramin’s death sentence and seemingly intending to prepare public opinion for execution. “

It is worth mentioning that despite his family frequent request, Ramin Hussein Panahi has not yet been treated, and he is suffering pain from his kidney infection.

On Saturday, July 14th, 2018, a panel of several intelligence and security agents from Tehran went to Sanandaj and, summoning the political prisoner, pushed him for an interview in front of the camera and asked him to appear in front of the camera and to deny that he was tortured in prison, but despite the pressure from the security authorities, he refused to the televised confession. “

Ramin Hosseinpanahi, a political activist, was arrested on June 23th, 2017, and transferred to the Sanandaj Central Prison after 200 days of solitary confinement after going through extreme physical and mental torture. Ramin was sentenced to death on January 15th, 2018, in Sanandaj Revolutionary Court Branch One. The verdict was reaffirmed on April 11th, 2018, at Branch 39 of the Supreme Court in Qom.

Following the announcement of Ramin Hosseinpanahi’s death sentence, a new wave of protests was formed inside and outside Iran. A wide range of Kurdish organizations, including the Center of Kurdish Parties Alliance, different populist clubs, civil and political citizens centers, educational group, writers, artists, various social institutions, poets, marketers, guilds, ex-representatives of various parliamentary time, cultural activists, The Iranian Democratic Council, and dozens of other political and civil organizations, issued various statements and announcements in Kurdistan, Iran, and in some provincial cities and towns in Europe and Canada. They have protested, condemning Ramin Hosseinpanahi’s death sentence and other execution sentences of people of different religions, political and civil prisoners in Iran. They also announced their support for Ramin Hosseinpanahi.