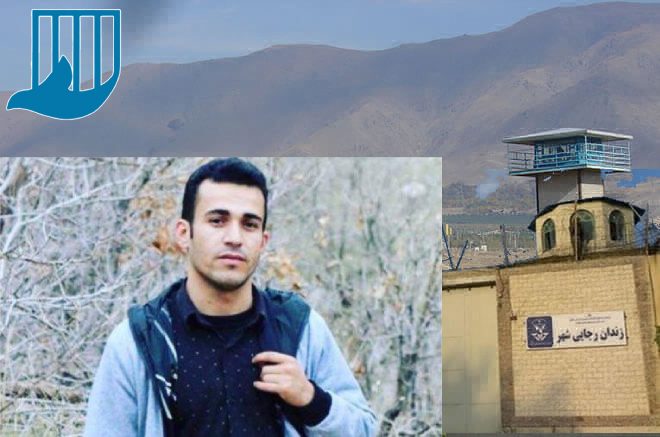 Ramin Hoseinpanahi, a political prisoner sentenced to death, told his family in a recent telephone call that they transferred him to the Karaj Rajayishahr Prison to complete the death sentence and execution.

According to the Campaign for the Defense of Political and Civil Prisoners, on August 13th, 2018, Ramin Hosseinpanahi, a political prisoner sentenced to death, was transferred from Sanandaj Central Prison to Rajshahi prison in Karaj, under strict security measures and without prior notice to his lawyer or his family. He is currently in jail with ordinary criminals.

In a  recent phone conversation, he told his family that: “They have brought me to Rajayishahr in Karaj for execution, and they have told me that death sentence will be implemented soon.”

It is worth mentioning that Ramin’s brother, Amjad Hosseinpanahi, believes that “his transfer to Rajaishahr Prison with a judge’s verdict and the coordination of intelligence agencies to execute the death sentence and the life of this political activist is in danger.”

Ramin Hosseinpanahi, a political activist, was arrested on June 23th, 2017, and transferred to the Sanandaj Central Prison after 200 days of solitary confinement after going through extreme physical and mental torture. Ramin was sentenced to death on January 15th, 2018, in Sanandaj Revolutionary Court Branch One. The verdict was reaffirmed on April 11th, 2018, at Branch 39 of the Supreme Court in Qom.
Ramin Hosseinpanahi ‘s death sentence was issued even though he denied all the alleged charges, such as participation in the armed conflict. The lawyer of the Kurdish political prisoner also considered the sentence unexpected and unjust.
Following the announcement of Ramin Hosseinpanahi’s death sentence, a new wave of protests was formed inside and outside Iran. A wide range of Kurdish organizations, including the Center of Kurdish Parties Alliance, different populist clubs, civil and political citizens centers, educational group, writers, artists, various social institutions, poets, marketers, guilds, ex-representatives of various parliamentary time, cultural activists, The Iranian Democratic Council, and dozens of other political and civil organizations, issued various statements and announcements in Kurdistan, Iran, and in some provincial cities and towns in Europe and Canada. They have protested, condemning Ramin Hosseinpanahi’s death sentence and other execution sentences of people of different religions, political and civil prisoners in Iran. They also announced their support for Ramin Hosseinpanahi.

Nationwide Protests; A Hearing on Three Detained Citizens Charges was Held in Karaj