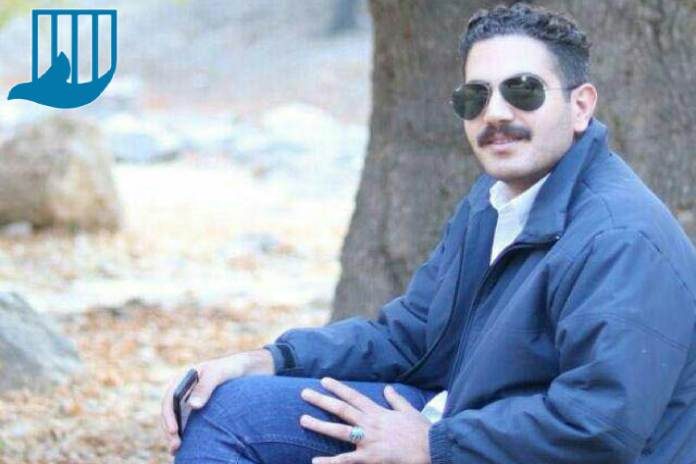 Mohammad Davari, a civil activist living in Yasuj, who was arrested by the Revolutionary Guard Intelligence agents on August 9th, 2018, is in serious physical condition.

According to the Campaign for the Defense of Political and Civil Prisoners, Mohammad Davari, a civil activist and a political science undergraduate in Yasuj, who was arrested by the Revolutionary Guard Intelligence agents on Thursday, August 9th, 2018, is in serious physical condition and his family is deeply worried about his health.

An informed source told the campaign: “At midnight on Monday August 20th, 2018, Mohammad Davari was nauseous in the jail and vomiting blood due to his respiratory spasm. Fereydoon Davari, the father of this labor activist and founder of Iranian culture and literature, has pancreatic cancer and due to pressures and stress resulting from his son arrest and severe condition, suffered a heart attack and was taken to the hospital.”

Reports have also been sent to the campaign on the torture of this civil activist in prison, which states his arrest may be related to his protest against systematic, moral, financial, and illegal recruitment in the Kohgiluyeh and Boyer Ahmed Province Medical Offices.

Mr. Davari, a 25 year-old Yasuj political science undergraduate, was summoned by the Revolutionary Guard Intelligence Agency earlier on March 5th, 2018, for publishing critical content in cyberspace about how the authorities handle the livelihoods of the people and the role of the Revolutionary Guard in the fall of the Tehran-Yasuj passenger flight. After being summoned, he was arrested on charges of “propaganda against the regime” and “acting against national security through disturbing public opinion”, and was transferred to Yasuj Central Prison.

He was finally released on March 13th, 2018, on a 50 million Tomans bail and temporary custody from Yasuj Central Prison.