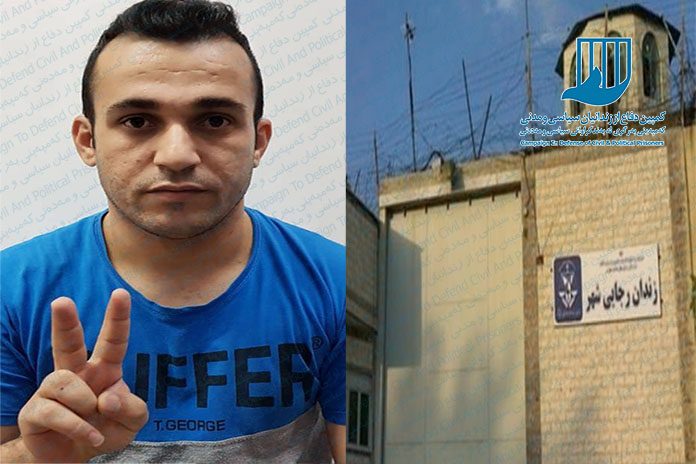 The likelihood of Ramin Hosseinpanahi’s execution, a political prisoner detained in Rajai Shahr prison in Karaj, has increased sharply over the coming hours.

According to the Campaign for the Defense of Political and Civil Prisoners, Ramin Hosseinpanahi, a political prisoner sentenced to death currently in a protest against his situation, sewed up his lips at c prison on Sunday, August 26th, 2018, was transferred to solitary confinement on Monday, August 25th, and will be executed in one the upcoming nights.

Local Kurdistan sources told the campaign that, “Tonight, a documentary was broadcasted against Ramin Hosseinpanahi from the Kurdistan Provincial Network. Also, a text message against this political prisoner was sent today to several citizens of Kurdistan to make his execution as early as possible, and to prepare the Kurdistan’s public opinion for his execution.”

‘In light of recent events and sources, unfortunately, we know that the Islamic Republic intends to execute Ramin in the next two evenings,” an informed source close to Hosseinpanahi’s family told the Campaign.

Amjad Hosseinpanahi, a human rights activist and Ramin Hosseinpanahi’s brother, said in a special interview with the reporter of the Campaign for the Defense of Political Prisoners today, September 2nd, 2018, “Ramin is in a severe situation in solitary confinement at Rajai Shahr prison. He has been repeatedly beaten by Ziaei, the head of the prison and the prison officers. “

He added, “Ramin’s kidney infection has intensified, he started bleeding several times, and he has passed out twice.”

Earlier, security guards at Rajai Shahr Prison told Ramin Hosseinpanahi, “If he does not end his hunger strike, he will be executed.”

Hosseinpanahi’s family has once again called out to all human rights institutions, international bodies, and the people for their support in a statement to prevent the execution of Ramin Hosseinpanahi.