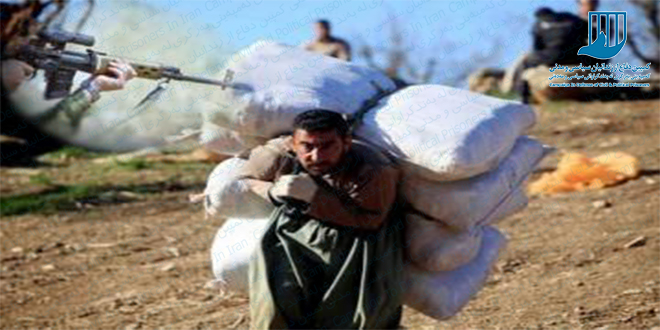 In just five days of August 2018, six porters were wounded and killed by mines or direct firing by Iranian border guards. With the government ignoring the promises made by both the government and parliament officials to regularize their work, provide insurance, and create a legal market, the deaths and injuries of the porters continue on the western borders of Iran.

An informed source told Human Rights Watch Campaign in Iran, “The escalation of the conflict between Iranian border guards and armed Kurdish parties in 2018 has created more excuses for firing at porters. In addition to direct firing, the border guards put them in more danger by pushing porters into more dangerous and polluted landmines routes. The officials’ promises have been forgotten, but porter death and injury have grown since the border conflict between the Kurdish parties and the Revolutionary Guard has increased. Most of the previous routes are closed and the remaining routes are polluted with landmines or are very primitive and extremely hard to travel, which increases the Porters vulnerability.”

This Kurdish journalist told the campaign, “During the past five days, one porter was killed and five were injured. On August 24th, 2018, one porter was injured by direct firing. The next day, four porters walked over landmines, causing one death and three injuries. On August 27th, 2018, another porter was injured by a landmine. The government news agencies do not report on these incidents nor do anything about it. These incidents are only what local and regional human rights activists know, but statistics may be higher.”

Porters are people who, due to lack of employment and extensive economic problems in the border regions, are forced to transport goods from Iran to Iraq and vise versa using informal customs entry with a very low wages. Goods that are transported from Iran to the other side of the border by porters include fuel types such as gasoline, dried fruits and some domestic products, but what porters transfer to Iran are more “home appliances”, including televisions, refrigerators, and some other foreign goods.