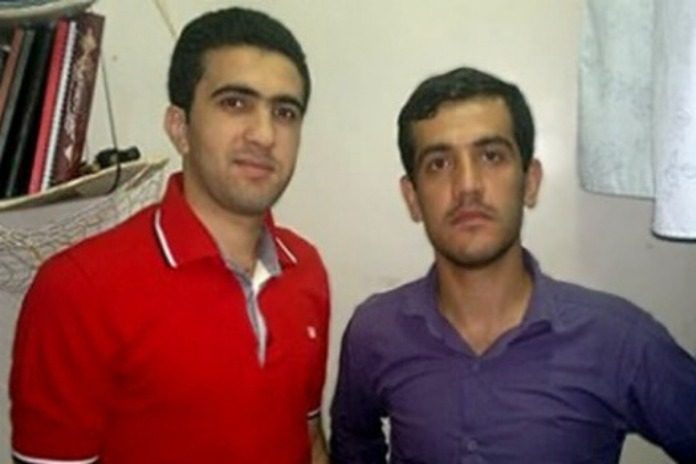 Zanyar and Loghman Moradi were arrested on August 3rd, and 4th, 2009, by security forces in Marivan, Kurdistan province, and were interrogated and tortured physically and mentally for about 9 months in the Sanandaj Information Office.

They were eventually transferred to “209th Section of Evin Prison”, and after nearly a month and a half without visitation right and not able to contact family members, on December 22nd, 2010, with  Judge Salavati verdict in Revolutionary Court branches 15, under fabrications confessed Under the guilty party, were sentenced to death on charges of “moharebeh through membership in one of the Kurdish parties” and ” involvement in the murder of the son of Marivan’s Friday-Imam”.

After the two protests the sentences, on July 9th, 2011, the Supreme Court approved the verdict and one day later it was communicated to the Rajai Shahr Prison in Karaj.

It is worth noting that Iqbal Moradi, a Marivan political activist from Kurdish, Zanyar Moradi’s father, was targeted by a terrorist attack and died, in Panjwin, Iraqi Kurdistan, on Tuesday night, July 18th, 2018.  According to eyewitnesses, on the body of Iqbal Moradi, three Bullets was seen.