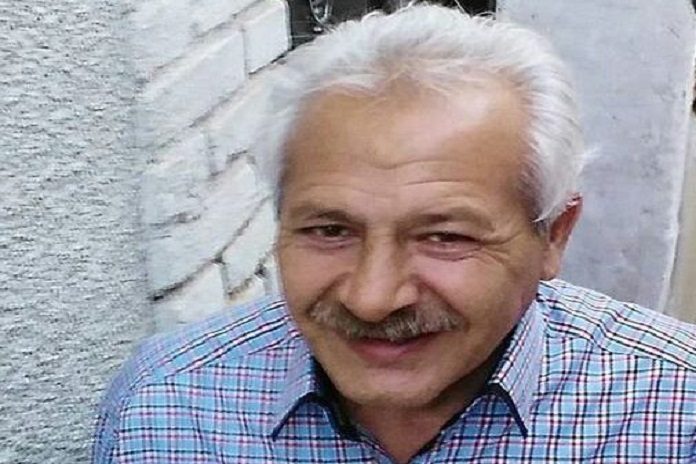 Mohammad Jarahi, a prominent labor activist, died after a hard-fought battle with cancer in Tajrish Shohada Hospital on Thursday morning of October 5th, 2017.

Mohammad Jarahi was born in Tabriz and was a member of the committee to establish labor organizations. He was arrested in 2011 and sentenced to imprisonment on charges of an attempt to create “illegal organization” and “using propaganda against the regime”.

In Tabriz Prison, he was transferred to the Occupational Therapy ward 8, a special ward for addicted people, and was released in July 2016 after being imprisoned for 5 years without a day of temporary prison leave. He was treated after being released.

In 2013, in a letter from prison to the workers’ organizations of the world, Mr. Jarahi wrote:

“I am Mohammad Jarahi, a labor prisoner and a member of the committee to pursue the establishment of labor organizations. I have been in Tabriz prison for more than two years. I became ill with a benign tumor in my thyroid. When I went to the hospital with handcuffed hands and chained feet, I was harassed by the guards and officers that I will no longer happy to go to the hospital …. I was sentenced to six years imprisonment for some vain and illusionary reasons. I am a worker and all my activities has been focused to form syndicates and other labor organizations. The formation of labor unions and syndicates is in accordance with the ILO’s Code of Conduct. The Government of the Islamic Republic of Iran is also a member of this global organization and committed to the implementation of these international conventions. Establishing a syndicate and other real associations is one of the most basic rights of our workers. I am a worker and will work to form organizations and syndicates. “

The announcement of the death of Mohammad Jarahi in cyber space created large reactions.

Meanwhile, Haft Tapeh Sugar Cane Plantation’s Workers Syndical in a statement wrote that the lack of medical treatment during the detention could be one of the factors for untimely death of Mohammad Jarahi.