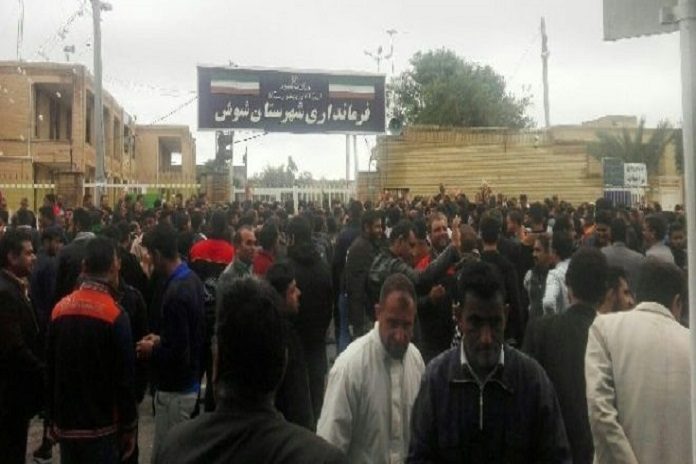 In a statement released on Wednesday, November 28th, 2018, The Iranian Writers’ Association announced its support for the demands of Haft Tapeh Workers and demanded the release of Ismail Bakhshi and Sepideh Gholiyan.

Part of the statement said: “The workers of the Haft Tapeh Sugar Cane factory have used their citizenship right to come to the streets and raise their voices of protest.”

The Iranian Writers’ Association expresses “any attempt to stifle the voices of protest” as a “flagrant violation of freedom of expression”, and in the end called for “the immediate and unconditional release of Ismail Bakhshi and Sepideh Gholiyan.”

Read the full text of the statement:

For several weeks, the Haft Tapeh Sugar Cane factory workers have been protesting to meet their demands. “Getting wage arrears,” and “Supervising and controlling the workers’ council on corporate affairs” are part of their demands. While workers are forced to live in extreme poverty even with their wages, their wages have not been paid for four months. On the other hand, the shadow of unemployment and job security threatens this unpaid wage. To protest such a horrific situation is every human and every citizen’s right. The workers of the Haft Tapeh Sugar Cane factory have used their citizenship right to come to the streets and raise their voices of protest. During this time, the regime with using variety of hidden or public practices against the protest workers, and its agents and activists have tried to silence the protest by arming, threatening and arresting workers’ representatives. Among the large number of the detainees now, one of the workers’ representatives, Ismail Bakhshi, is still in the custody of the security forces, as well as a young woman named Sepideh Gholiyan, who covered the news of the strike and the protest of the workers.

Any attempt to choke opposition voices, including these arrests, is a flagrant violation of freedom of expression and violations of basic human rights. While supporting the rightful demands of the workers of the Haft Tapeh, the Iranian Writers’ Association calls for the immediate and unconditional release of Ismail Bakhshi and Sepideh Gholiyan.

The Haft Tapeh workers have been protesting their livelihood and job insecurity, for 26 days.

Protest workers argue that there are only two ways to resolve this crisis: “Firstly, the Haft Tapeh must be run by a self-governing labor movement, or, if the government manages it, all things must be under the control of the workers’ council.”

The Haft Tapeh Sugarcane Industry Complex was handed to two private companies, Zenus and Ariak, in 2015. Since then, the workers have protested more than 300 times.