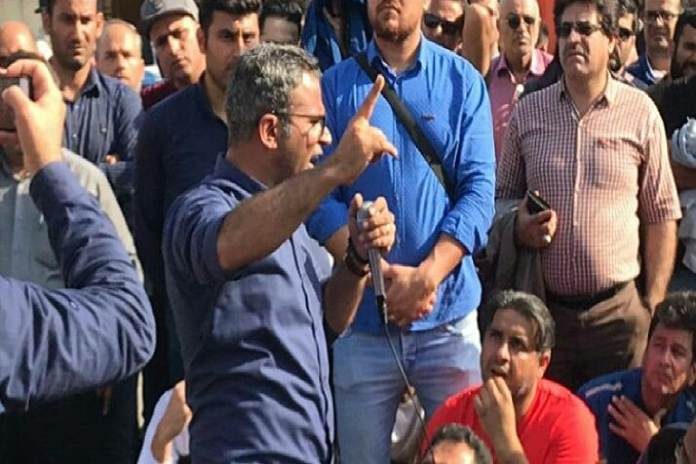 Meysam Al-Mahdi, a member of the National Iranian Steel Industrial Group, was arrested by security forces and moved to an unknown location.

The Free Trade Union of Workers of Iran and the Defenders of Labor Rights Center also confirmed that the arrest of Meysam Al-Mahdi and wrote in telegram channel that he was arrested in front of his house.

The Free Trade Union of Workers of Iran reported that the Ahwaz Information Bureau summoned 10 workers from the National Iranian Steel Industrial Group to threaten to stop the gatherings if street protests continued.

Workers of Iran’s National Steel Industrial Group, on Thirty-Two days of their strike marched and gathered in Ahvaz on Tuesday December 11th, 2018.

Among the demands of the workers of the Ahwaz Steel National Group are “the return of the company to the government, the continuous entry of bullion and raw materials, the launch of all production lines, the supply of equipment and components, the continuous sale of products and the timely and continuous payment of workers’ wages.”