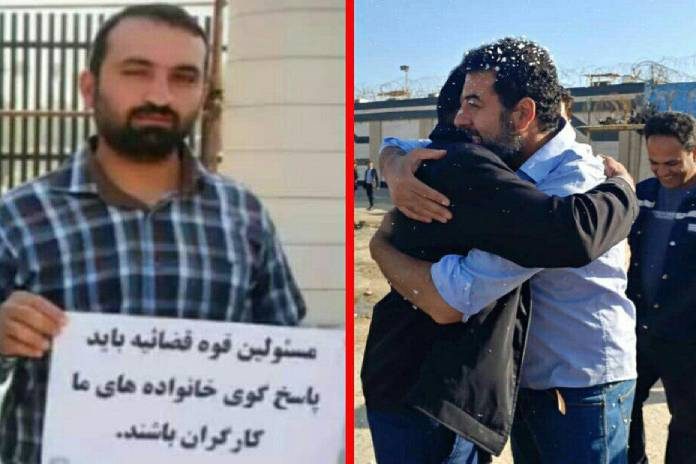 On Saturday, January 19th, 2019, the Free Trade Union of Iranian Workers announced the release of two other detainees from the Ahvaz Steel National Industrial Group, Karim Siyahi and Tariq Khalafi, on 250 million Tomans bail for each.

On the other hand, the campaign sources have confirmed that Maziar Sidnejad has been arrested in Ahvaz for one month for defending Ahvaz Steel Workers’ Rights and is being held at the Ahvaz Intelligence Detention Center.

Behrouz Mambini is also another person who was arrested on December 1st, 2018, at one of Ahvaz steel workers activist house along with Maziar Sidnejad and transferred to the general ward of Ahvaz prison after a month of interrogation.