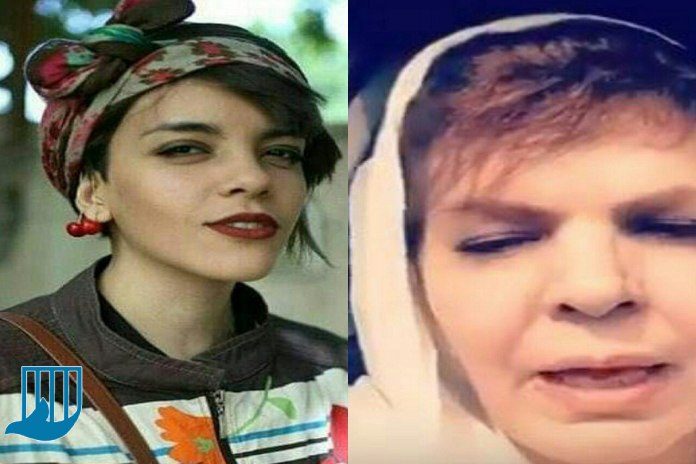 According to the Campaign for the Defense of Political and Civil Prisoners, Yasman Aryany, civil rights activist and opponent of compulsory hijab was arrested in Karaj on Wednesday April 10th, 2019. Her mother, Monirah Arabshahi, was arrested on Thursday April 11th, 2019 when she went to Vozara Detention Center in Tehran to follow-up on her daughter’s arrest.

With a warrant for her and her mother’s arrests, security forces went to her house and seized some of her personal belongings, including her mobile phone, and then arrested her.

It has been said that security forces planned to arrest her mother, but were not able to since she was not home at the time.

“Yasmine’s mother was in Lorestan to help the flood-hit areas, but after hearing her daughter arrest, she returned to Tehran and went to Vozara Detention Center to follow-up on her daughter’s arrest”, the source told the campaign. The law enforcement officers arrested the mother and transferred both of them to Evin Moghadasi’s Prosecutor Office.

Yassin Aryany, along with Seyyed Mohammad Fallah Chia, Saba Kord Afshari, Saman Zandian, Azar Heydari, and Farshid Rostami were among those who had been detained in Tehran’s street protests in front of the city’s theater on June 2018.

Yassin Aryany was sentenced to one year imprisonment by Branch 28 of the Revolutionary Court in Tehran on the charges of “disturbing public order”. Along with Azar Heydari and Saba Kord Afshari, she was pardoned and released on Wednesday February 13th, 2019.