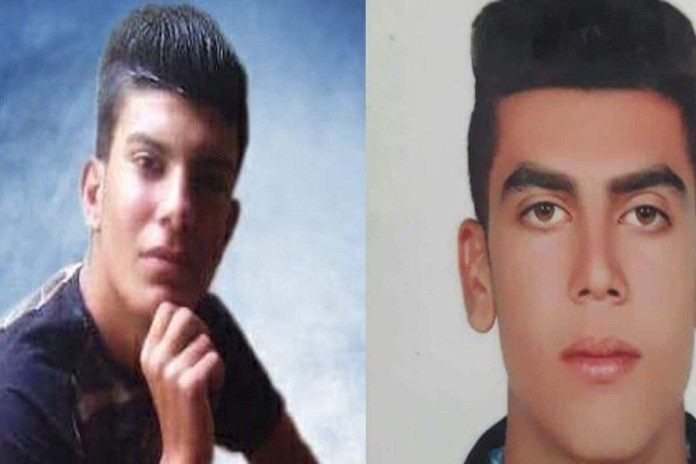 Iranian authorities secretly whipped and executed two convicted children who were arrested at age 15 and then sentenced to death in an unfair court on charges of “several rapes” in Adelabad prison in Shiraz.

According to Amnesty International, Mehdi Sohrabifar and Amin Sedaghat were executed in Adelabad prison in Shiraz, Fars province, on April 25th, 2019. They were arrested at age 15 and sentenced to death following an unfair trial for several rape cases.

According to information received by Amnesty International, these teenagers did not know shortly before death that they had been sentenced to death, and the effects of whipping injuries on their corpses indicate that they were whipped before they were executed. Families and their lawyers did not know the execution plan and were shocked to hear the news.

“Iran’s authorities have again proven their disgusting readiness to kill children and violations of international human rights law. It seems that they kept the brutality sentences of death penalty unknown to these two teenage boys for two years, whipping them at the last moments of their lives, and then secretly executing them,” said Philip Luther, director of research in the Middle East and North Africa at Amnesty International.

“The use of the death penalty for those who are under age of 18 at the time of the crime is strictly prohibited under international law and violates the rights of children. For many years, parliamentarians should have ended this terrible situation by reforming the law of punishment and the prohibition of the use of executions for all those who committed a crime under the age of 18.”

Iran is the world’s largest executioner for juvenile offenders even though Iran, as a member of the Convention on the Rights of the Child and the International Covenant on Civil and Political Rights, committed not to treat people under the age of 18 as adults and to refrain from using the death penalty and life imprisonment against them in any way.