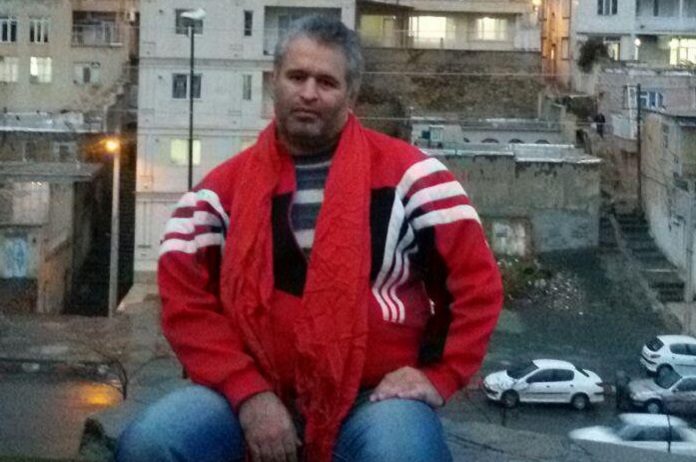 Zanyar Dabbaghian, a member of the Coordinating Committee, which assists with labor organizations, was arrested today at Branch 4 of Sanandaj Revolutionary Public Prosecutor’s Office and handed over to serve his one year imprisonment sentence in Sanandaj Central Prison.

According to the Campaign for the Defense of Political and Civil Prisoners, on Thursday morning, May 2nd, 2019, Zanyar Dabbaghian, a member of the Coordinating Committee, was arrested and taken to the Sanandaj Central Prison for imprisonment. The first branch of the Sanandaj Revolutionary Court, headed by Judge Saeedi, sentenced him of a one-year in prison on the charges of “propaganda against the regime through membership in opposition parties” on February 12th, 2019.

Mehrdad Amin Vaziri, a former political prisoner, confirmed the news and told the Campaign, “By telephone, Mr. Dabbaghian and his bail pledger were asked to appear at Branch 4 of the Sanandaj’s Revolutionary court on Thursday for the implementation of his sentences.”

He added, “This morning, Zanyar was arrested after appearing before the prosecutor’s office and was transferred to Sanandaj Prison by a judicial officer at one o’clock in the afternoon to endure one year of imprisonment.”

Mr. Dabbaghian was arrested by security forces on October 6th, 2018, and was released from the Sanandaj Information Office Detention Center after 68 days by providing a bail of 300 million Tomans.

Earlier, a source close to the worker’s family said in a conversation with the campaign’s reporter, “Two days after Zanyar’s arrest on October 8, security forces in plains clothes searched his house again and seized his wife’s cell phone and laptop.”

Shagledi, the head of the second branch of the Prosecutor’s Office of the Revolutionary Public Prosecutor’s Office in Sanandaj, had previously informed Zanyar Dabbaghian of his charges of “propaganda against the regime”, “acting against national security”, and “membership in opposition parties”.

At that time, Zanyar Dabbaghian, a nylon manufacturing worker in the industrial city of Sanandaj, was reportedly “physically and mentally tortured” during his arrest.

The labor activist was previously arrested by security forces in February 2015, and was released after a month on a 100 million Tomans bail.