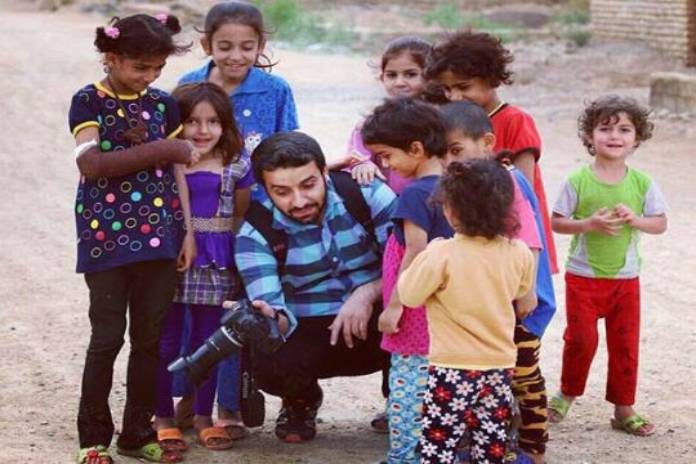 Milad Bahri, a photographer and journalist from Shadegan city, was transferred to the Ahvaz Intelligence Detention Center after a few days of interrogation.

According to the Campaign for the Defense of Political and Civil Prisoners, Milad Bahri, a civil activist and photographer who was arrested on Wednesday May 15th, 2019, was transferred to Ahvaz Intelligence Detention Center on Saturday May 18th, 2019 after several days of interrogation by security guards at the Shadegan Intelligence Detention Center.

However, there is still no information about the reason for the detention of this journalist or the alleged charges against him.

Karim Dahimi, a London-based human rights activist, told the Campaign about the detention of Mr. Bahri, “Milad Bahri, in addition to civil activities, has been covering the news related to the flooded areas and the problems in the Khuzestan province during the recent flooding.”

Since the floods in Khuzestan province and afterwards, the IRGC has arrested more than 70 civil activists, humanitarian aid workers, and Ahwazi poets and teachers. Some of them were subjected to both physical and psychological torture and pressure at the Intelligence Bureau Detention Center.

The detainees are from Shoaibeh, Shushtar, Hamidieh, MellaShieh, and several other areas of Ahvaz. Some of them were charged with “participating in street protests”, “getting cash donations from abroad to help flood victims”, ​​and “publishing related rumors in cyberspace.”