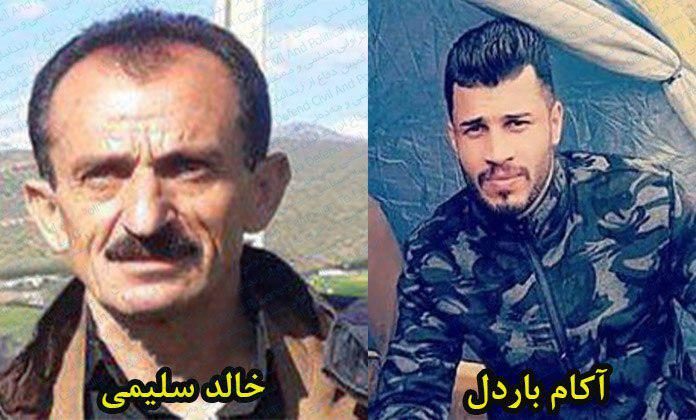 By direct firing of the Revolutionary Guard Border Forces, two Porters where shot and killed in the border area of Piranshahr.

According to the Campaign for the Defense of Political and Civil Prisoners, on Tuesday, May 28th, 2019, Khaled Salimi and Akam Bardel, two porters, were shot dead by direct firing of the border guards in the border area of ​​Piranshahr.

Reportedly, without warning, border guards targeted a group of porters in the border area of Seh Choman, Piranshahr, which killed Khaled Salimi, 55 from Alan Sardash and Akam Bardel from Mahabad.

Since the beginning of this year, tens of porters have been killed or wounded in the border areas by direct firing, cold, drowning in the river and falling from the height.

Three provinces, Kurdistan, Kermanshah and West Azerbaijan that have border with Iraq and Turkey are the main places of porters’ activity, who, due to lack of employment and extensive economic problems in the border regions, are forced to transport goods from Iran to Iraq and vice versa using informal customs entry with a very low wages..