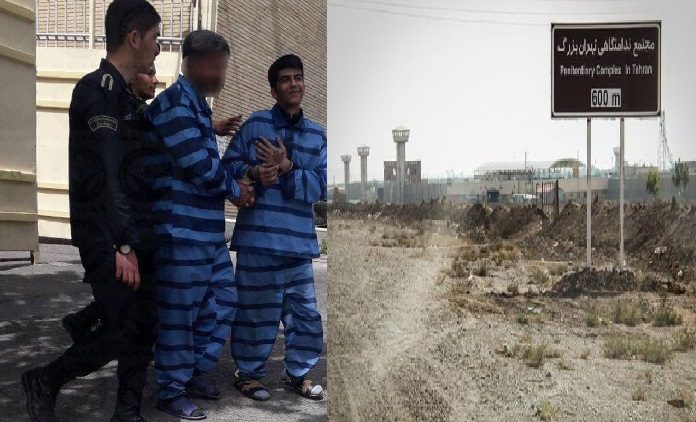 Alireza Shirimohammad Ali, a political prisoner detained in Tehran’s Grand Prison (Fashafoyeh) who was arrested by security forces in July last year, was shot dead by two criminal prisoners that are in jail for drug offenses and deliberate murder. Shirimohammadi was on hunger strike last March to protest the inhumane conditions of prison and as a way to request his transfer to Evin Prison along with another political prisoner, Barzan Mohammadi.

According to the Campaign for the Defense of Political and Civil Prisoners, a 21-year-old political prisoner, Alireza Shirimohammad Ali, was killed by two prisoners of drug-related charges and murdered in Facility 1 in the 11th Ward of Greater Tehran Central Prison (Fashafoyeh).

According to the report, Mr. Shirimohammad Ali was severely injured by two prisoners, Khalilzadeh, charged with carrying drugs and “Shojazadeh”, charged with murder and sentenced to death, by a stab wound to his abdomen. He suffered from severe bleeding from his arteries and died on the way to the hospital.

Mr. Shirimohammad Ali was detained by security forces on July 15th, 2018. He was sentenced to 8 years of imprisonment by Judge Salavati, head of Branch 15 of the Revolutionary Court, on charges of “insulting the sacred”, “insulting the founder of the Islamic Republic”, “insulting the leader of the revolution”, and “propaganda against the regime”.

Mr. Shirimohammad Ali, along with Barzan Mohammadi, a 41-year-old resident of Sarvabad, Kurdistan, were on a hunger strike since March 23rd, 2019, protesting the inappropriate conditions in the jail and to request a transfer to Evin Prison.

The two political prisoners’ reasons for the hunger strike included lack of basic necessities and lack of protection for their life. They wrote in part of their letter that they were on hunger strike to protest being in the prison, that their health was of no concern to prison’s agents and authorities; in the prison, human rights were not important, and this caused many problems, including the illness and the deaths of the victims. With reference to the slogans of freedom of speech and the rights of citizenship of humans, who they could talk to make authorities address our demands. They declared their demands several times, but they had not been addressed.

On Saturday, May 18th, 2019, Barzan Mohammadi ended his hunger strike at the request of a number of political and civil activists and families of prisoners.