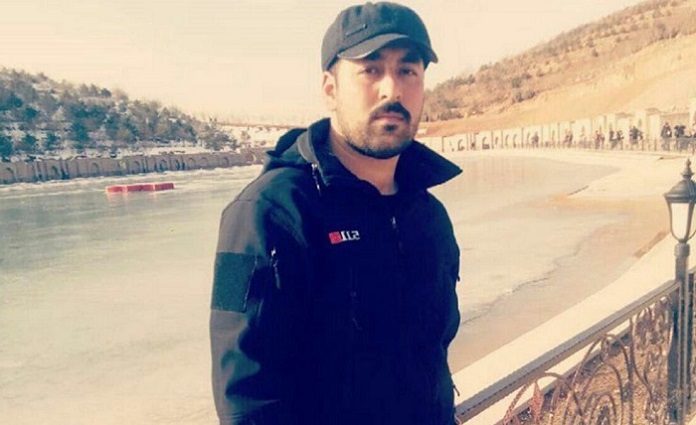 On June 10th, 2019, Raouf started his hunger strike after being severely beaten and sent to solitary confinement. According to one of his close friends, Raouf was transferred from the Central Prison of Tabriz to Rajai Shahr prison in Karaj, where he continues his hunger strike. Amir Raouf has been on hunger strike since to protest the postponement and the mishandling of his case.

According to the Campaign for the Defense of Political and Civil Prisoners, Amir Sattari Raouf informed his family about his transfer to Karaj Rajai Shahr Prison and the continuation of his hunger strike during a phone call on Wednesday, June 19th, 2019.

According to an informed source, “Amir Sattari’s family received news about his transfer to Raja’i Shahr Prison in Karaj, after which his family urged Amir to drink water, which he did. However, they failed to persuade him to fully end his hunger strike.”

There is currently no detailed information on the reasons for the transfer to the Rajai Shahr Prison in Karaj. The family members of this prisoner are worried about their son’s condition.

Mr. Sattari Raouf, an undergraduate student in science and education, was detained by armed security forces on January 1st, 2018. He was transferred to the Tabriz’s prosecutor’s office after one day of jail, beatings, and harassment, and was then transferred to the quarantined facility of the prison.

This political activist was temporary released after 25 days on a bail of 100 million Tomans.

This activist was sentenced to 7 months of imprisonment by the Branch 2 of the Revolutionary Court of Tabriz on charges of “gathering and colluding to commit a crime against national security”. On Tuesday, July 10th, 2018, he was taken to Tabriz Prison to serve his sentence.

On Wednesday, June 12th, 2019, he released an audio file that explains his reasoning for the hunger strike

An informed source said, “The second case, which happened exactly one week after the first arrest, charged him with insulting the leadership and activity in cyberspace, which was appealed by the 3rd Branch of the Tabriz Court. He was sentenced to 6 months of imprisonment.”

“After arriving in Tabriz’s central jail and completing his first case and adding two sentences in court, he was sentenced to 5 years imprisonment. After 11 months of imprisonment, despite his family’s follow-up, they have not received any answer from Supreme Court”.

In protest to this ruling, Mr. Sattari Raouf repeatedly sent letters to the head of the judiciary and the head of the Central Prison of Tabriz, but his appeals have not resulted in any answers or actions.

In a copied audio file given to the Campaign regarding the “illegal forces that impedes the realization of justice”, the Turkish activist, Azerbaijani said, “There will soon be documents for human rights activists on his case to let public opinion judge on the performance of Tabriz’s judicial and security system.”