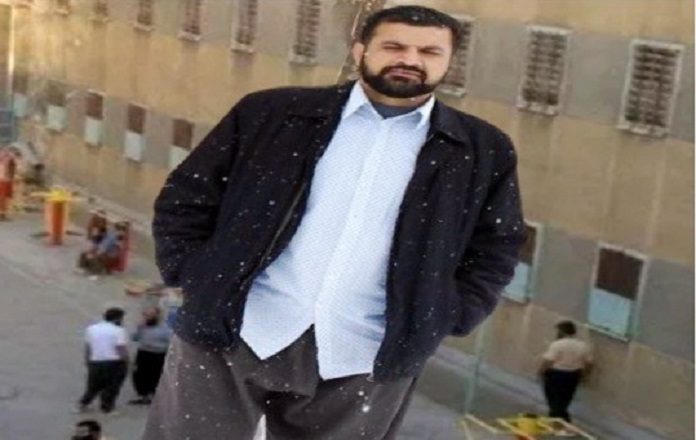 Rahmatullah Pakzad, a prisoner detained in Rajai Shahr Prison in Karaj who was transferred to treatment centers for medical treatment, underwent surgery. The Kurdish conscience-political prisoner has been sentenced to 5 years in prison for charges of “acting against national security through membership in anti-regime groups”, “propaganda against the regime”, and “illegal exile” by the judiciary.

According to the Campaign for the Defense of Political and Civil Prisoners, on Sunday, June 23rd, 2019, Rahmatullah Pakzad, a conscience-political prisoner detained at the Rajai Shahr Prison in Karaj, was transferred to outpatient clinic in an emergency status due to the deterioration of his physical condition. He then underwent a surgery on his gallbladder.

According to the report, on Thursday, May 16th, 2019, Pakzad’s physical condition was reported to be very severe, but authorities in the Rajah Prison in Karaj prevented him from transferring to the health centers for treatment.

An informed source told the campaign about the situation of the prisoner, “Mr. Pakzad visited the prison clinic for the past thirty-two days, twice a day, for severe pain from digestive troubles. Unfortunately, without serious treatment and just some stomach tablets (ranitidine and MG aluminum syrup), they would send him back to prison. During this time, he had to sleep while sitting due to the severity of stomach pain.”

On Tuesday, June 18th, 2019, Mr. Pakzad was transferred to a specialized medical centers due to his health deterioration.

A member of Mr. Pakzad’s family previously told the Campaign Reporter that conscience-political prisoners in Rajai Shahr Prison who are suffering from physical problems are rarely transferred to treatment centers outside the prison, and if an agreement is reached, prison authorities are not prepared to send prisoners to specialized clinics. Most of the prisoners are deployed to the Karaj Civil Hospital, where prisoners are not satisfied with medical and health services.”