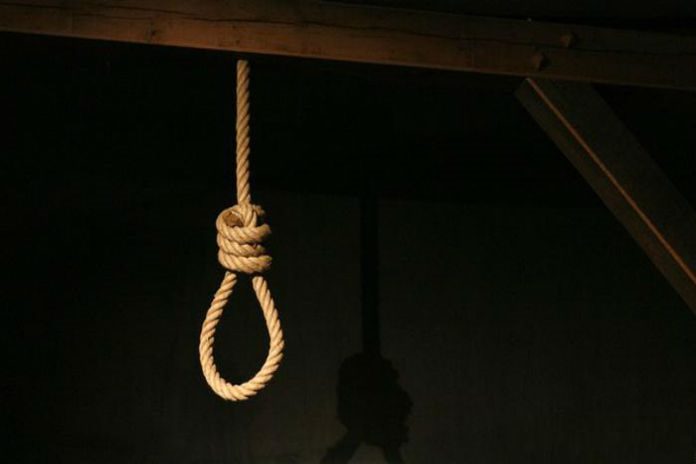 Five prisoners from Rajai Shahr and Ghazal Hesar Prisons were executed. The charge of the five prisoners were “murderous for the revenge” (execution).

On the morning of Wednesday, June 26th, 2019, five prisoners were executed in Rajai Shahr Prison in Karaj. These prisoners, who were sentenced to death for “murder”, were transferred to solitary confinement in a group of 12 people from different parts of the Rajaee Shahr and Ghazal Hesar Prisons.

According to a report published by the Iran Human Rights Organization, Ghorban Soleimani, from Hall 3 Ward 1, Hanif Motahari Nejad from Ward 2, and Majid Hassanzadeh, have been identified as three of the executed this morning. Ghorban Soleimani has been in prison for 17 years.

Another prisoner who was executed this morning was transferred from Ghazal Hesar to Rajai Shahr Prison. “This prisoner was imprisoned for drug use, and he murdered his wife during a Shari’a visits at the Ghazal Hesar Prison,” a source told the Iran Human Rights Organization.

Shari’a meeting is a kind of meeting that men and women prisoners can meet with their spouses in private in a special room.

Seven other prisoners returned to their cells by receiving a new date or a no complaint letter from the plaintiff of their cases.

According to the annual report of Human Rights Organization of Iran, in 2018, at least 273 people were executed in various prisons in Iran, of which at least 188 people were sentenced to death for murder. 180 of the execution were not announced by authorities and accounted for approximately 66 percent of the executions this year.

The lack of grading for deliberate murder in Iran makes any kind of crime, regardless of the severity and weakness of the accused, result in the death sentence.