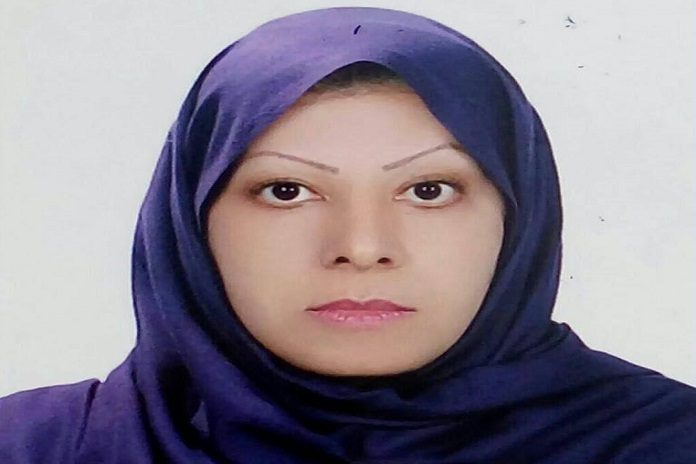 Turkish activist Hakimeh Ahmadi, detained in Maragheh prison, who was arrested with physical assault  by security forces in city of Marand last October, due to continued arrest, lack of her case review, and uncertainty over the state of her case, started a hunger strike since yesterday July 13th, 2019. This political prisoner was on hunger strike in May of this year because of her “illegal arrest and inappropriate behavior and harassment of prison officials.”

According to the Campaign for the Defense of Political and Civil Prisoners, on Saturday, July 13th , 2018, Hakimeh Ahmadi, a prisoner detained in Maragheh’s prison, started a hunger strike for her continuing arrest, detention and uncertainty in her case.

It has been reported that judicial authorities have still not agreed to issue a bail and temporary release of Mrs. Ahmadi on the excuse of completing the case by the security agencies, but it has been said that the chargers of “acting against national security” and “forming groups and illegal groups” have been communicated to her.

On October 18th, 2018, the agents of the Marand Information Office, without any judicial decree and after entering Hakimeh Ahmadi’s house, seized some of her personal belongings, including all the existing SIM cards, two laptops and three mobile phones.

On Tuesday, 30th, 2018, Mr. Gholamreza Ghorbani, Hakimeh Ahmadi’s husband, with publishing a video on Azerbaijani Turkish language, reported on security forces beating and harassment of his wife in prison.

On Sunday, May 12th, 2019, the citizen also started a hunger strike in protest of her “illegal detention, inappropriate behavior and harassment by prison authorities and the submission of reports by the head of the prison’s authorities on her.” On Monday, May 20th, 2019, she stopped her hunger strike after being transferred to the hospital.

Hakimeh Ahmadi was previously arrested by security forces in September 2018, and after three days was temporarily released on bail of 100 million Tomans.