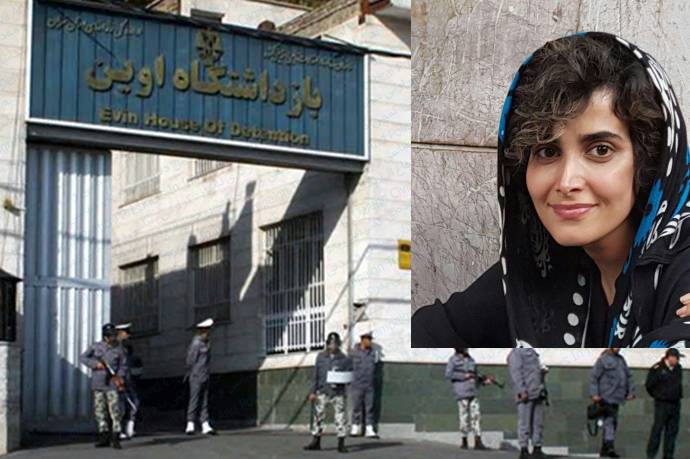 Anisha (Maryam) Asadollahi, a civil activist detained in Evin prison’s Ministry of Intelligence’s Ward 209, was transferred to the women’s ward in the prison.

According to the Campaign for the Defense of Political and Civil Prisoners, Anisha Asadollahi, a civil activist who was arrested in Tehran on Tuesday June 18th, 2019. She has been detained in Evin prison’s Ministry of Intelligence’s Ward 209, was transferred to the women’s ward in the prison on Monday July 29th, 2019.

Ali Asadollahi, the brother of this language teacher and civil activist, has announced the news on his Twitter.

Ms. Asadollahi’s parents, after 38 days, were able to have their first cabin meeting with their daughter on Thursday, July 25th, 2019.

Anisha Asadollahi was among the detainees on Labor Day who was temporarily released on bail on Saturday, May 4th, 2019, but was again arrested by the Ministry of Intelligence at her workplace.

Security agents arrested her at her work on Kamil Street in Tehran at 9:50 AM on June 18th, 2019 and transferred her to ward 209 of the Ministry of Intelligence located in Evin prison.

An informed source told the Campaign: “Following Ms. Asadollahi’s arrest, 12 security forces accompanied her to her brother’s home and, in his absence, opened the door to the house, searched the house and seized her brother’s personal belongings, including laptops and external drives. Then the security forces went to Anisha’s house, searched there and seized her personal belongings as well. “

Ms. Asadollahi had earlier been arrested on Wednesday, May 1st, 2019, along with several other participants in the Labor Day rally outside the parliament building in Tehran and was temporarily released on bail.

On Wednesday, May 1st, 2019, International Labor Day, a group of workers, retirees and a group of citizens gathered in separate groups, on call on by the unions, the Pensioners’ Union, the Coordination Committee and the students, in front of the Islamic parliament. By the intervention of security forces, the gathering became violent, and Ms. Asadollahi was arrested along with several citizens.