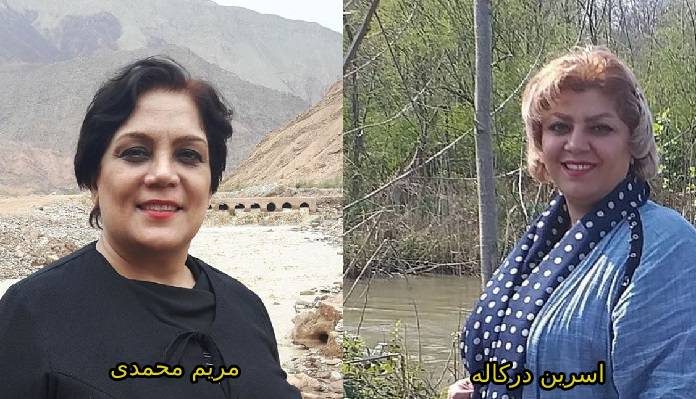 According to the Campaign for the Defense of Political and Civil Prisoners, women’s rights activist Asrin Darkaleh was arrested by the Ministry of Intelligence in Garmsar on Sunday, July 28th, 2019, and transferred to Ward 209 of Evin Prison.

An informed source told Campaign about the arrest of Mrs. Darkaleh: “Mrs. Darkaleh was recently fired and arrested by security forces on the street when she went to her workplace with her son to file for unemployment benefits.”

Mrs. Darkaleh was reportedly transferred to Garmsar Prosecutor’s Office after being detained by Intelligence Ministry agents and then to Ward 209 of the Ministry of Intelligence located in Evin Prison.

Maryam Mohammadi, a women’s rights activist who was detained by security forces in Garmsar on Monday, July 8th, 2019, continued to be detained by the Ministry of Intelligence in Evin Prison for interrogation and completion of her case. The case is being investigated by the Evin Prosecutor’s Office’s second branch.

Earlier, two other members of the “Voice of Iranian Women”, Akram Nasirian and Nahid Shaghaghi, had been arrested by security forces.

Ms. Nasirian was detained by security forces in the street and taken to Evin Prison on Monday, April 29th, 2019. She was temporarily released on 200 million Tomans bail, on Sunday, May 26th, 2019.

The Campaign had earlier reported that Ms. Nasirian’s case had been sent to the Garmsar Public Prosecutor’s Office.

Nahid Shaghaghi was also arrested at her home on Wednesday, May 15th, 2019. She was temporarily released on 200 million Tomans bail on Saturday, June 1st, 2019.