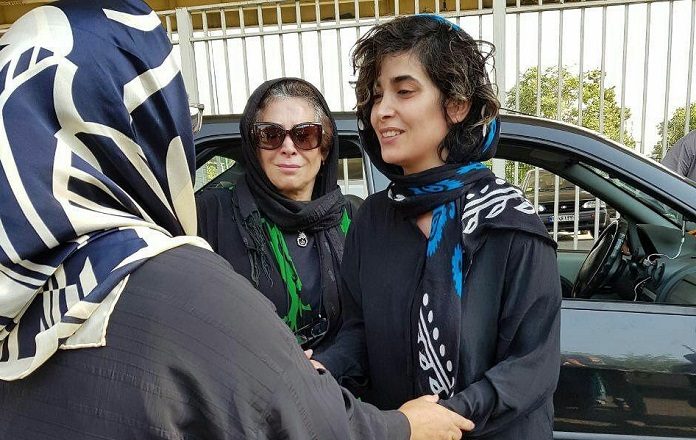 Anisha (Maryam) Asadollahi, a civil activist who was detained for the second time by intelligence officials this June, was temporarily released from Evin prison on bail. The language teacher was arrested on May 11th, 2019, along with several other participants in the Labor Day rally in front of the Parliament building in Tehran.

According to the Campaign for the Defense of Political and Civil Prisoners, Anisha Asadollahi was released from Evin Prison on 200 million Tomans bail on Tuesday August 6th, 2019.

Anisha Asadollahi was among May-Day (May 1st, 2019) detains, who was released on bail on Saturday May 4th, 2019. Later, she was arrested once again by the Ministry of Intelligence at her workplace.

Security agents arrested Anisha Asadullahi at 21:30, on Tuesday June 18th, 2019, at Kamil Street in Tehran where she works. She was then transferred to Section 209 of the Ministry of Intelligence in Evin Prison.

On Monday, August 5th, 2019, Anisha Asadollahi was transferred from ward 209 of the Ministry of Intelligence in Evin Prison to the prison women’s general ward.

On Wednesday, May 1st, 2019, (the International Labor Day), in respond to the call from the Syndicate of Workers of Tehran and Suburbs Bus Company, the Pensioners’ Union, the Coordination Committee and the Students, workers, retirees and a group of citizens gathered in front of the Islamic Parliament building in Tehran. The gathering became violent with the intervention of security forces, and Ms. Asadollahi was arrested along with several citizens.