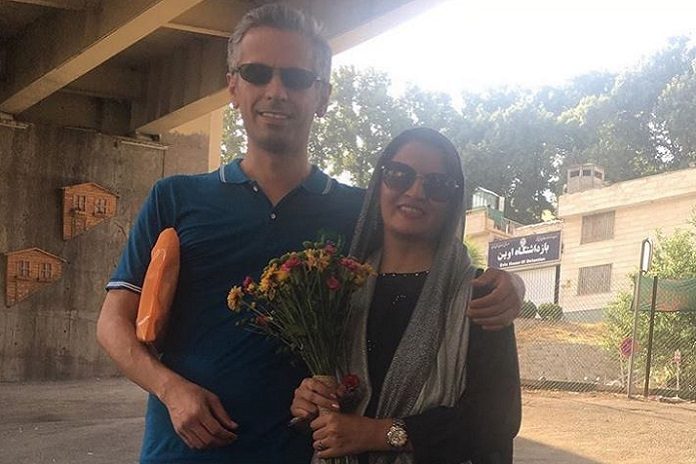 Hamid Babaei, economist and researcher at the University of Liègen Belgium, was released from Evin Prison at the end of his sentence. The political prisoner was arrested in August 2013, by the Ministry of Intelligence forces and sentenced to 6 years ‘imprisonment and 4 years’ suspended imprisonment in Tehran’s Branch 2 of the Revolutionary Court chaired by Judge Salavati on charges of “espionage and communication with hostile countries”

According to the Campaign for the Defense of Political and Civil Prisoners, Hamid Babaei was released from Evin Prison on Tuesday, August 6th, 2019.

Hamid Babaei has served a six-year sentence in Rajai Shahr Prison and Evin Prison in Tehran.

The political prisoner, a doctoral student in finance at the University of Liège, Belgium, shortly after arriving in Iran for a family visit, was summoned and arrested by the Ministry of Intelligence on August 13th, 2013. According to an informed source, his detention came after he rejected security forces’ request to cooperate with the Ministry of Intelligence and Operations in Belgium. Immediately after his arrest, he was transferred to solitary confinement in Evin Prison.

Branch 2 of the Tehran Revolutionary Court, chaired by Judge Salavati, sentenced this prisoner to 6 years ‘imprisonment and 4 years’ suspended imprisonment on charges of “espionage and contact with hostile countries.” and a sentence was upheld in Branch 54 of the Court of Appeal. According to an informed source, the lower court lasted less than 10 minutes and his assigned lawyer offered no defense. The lawyer also asked his client to confess in his first meeting with Hamid Babaei at Evin Prison. Babaei has always denied the charges and has claimed to have been the victim of failure to cooperate with security forces.

“Kobra Parsaju”, Hamid Babaei’s wife, was also arrested in October 2014, and sentenced to six months suspended imprisonment for interviewing with media about her husband situation.