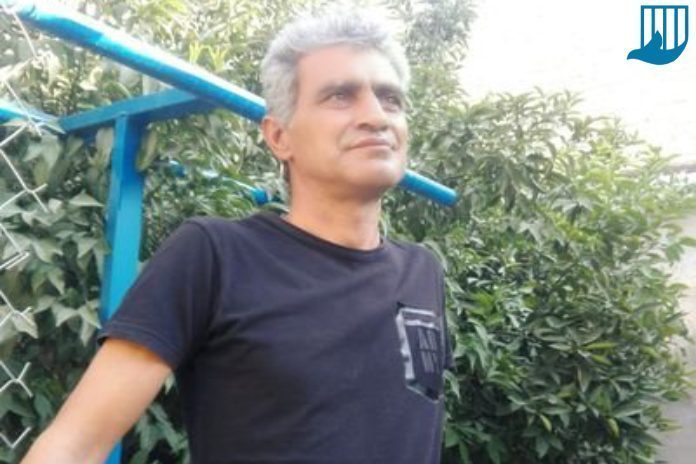 Asghar Amirzadegan, teacher and activist in Fars province, was sentenced to two and a half years in prison in two separate cases.

According to the verdicts issued, his 6 months imprisonment suspended for 18 months and 1-year imprisonment for 2 years. The charge of “false publishing” was dropped.

An informed source told the Campaign: “According to the issued vertices, Mr. Amirzadegan has been banned from publishing any material related to the social and livelihoods of the teachers during his sentences suspension. “If he does not comply with or commits one of the intentional offenses, he may be sentenced to punishment, retribution, blood money, or rebuke up to 7 counts. In addition to the new crime, the suspended sentence shall be activated and will apply to him.”

The second hearing on the case of Asghar Amirzadegan was held by the Criminal Court Branch 101 of Firoozabad city, on Tuesday, June 18th, 2019. Mr. Amirzadegan defended himself on the charges of “propaganda against the system”, “insulting government officials”, and “spreading falsehoods” in court.

On June 15th, 2019, this civil activist appeared in Branch 101 of the Firuzabad Criminal Court on charges of “propaganda against the system”, insulting government officials” and “spreading falsehoods”.

Also, on Sunday, April 28th, 2019, a hearing on the charges against Asghar Amirzadegan, was held at the Firoozabad Revolutionary Public Prosecutor’s Office.

An informed source about Mr. Amirzadegan’s arrest stated: “Mr. Amirzadegan was present at the Prosecutor General’s Office in Firozabad at 1 PM on April 10th, 2019, where he was arrested on charges of “propaganda against the government” and transferred to the police detention center. After two days he was released on a bail of 20 million Tomans.”

These summons and detention were filed by the prosecutor of Firoozabad after the release of Mr. Amirzadegan’s critical content on social networks.

An informed source said, “The prosecutor told Mr. Amirzadegan that [you] were publishing provocative messages. However, according to sources close to this activist, his only demands, like other teacher activists, are civil and livelihood demands and the attention to these demands.”

Asghar Amirzadegan was previously arrested for two days in a teacher’s sit-in protest in Iran on charges of “publishing lies and disturbing public opinion” in the same prosecutor’s office. He was released on a bail of 30 million Tomans.