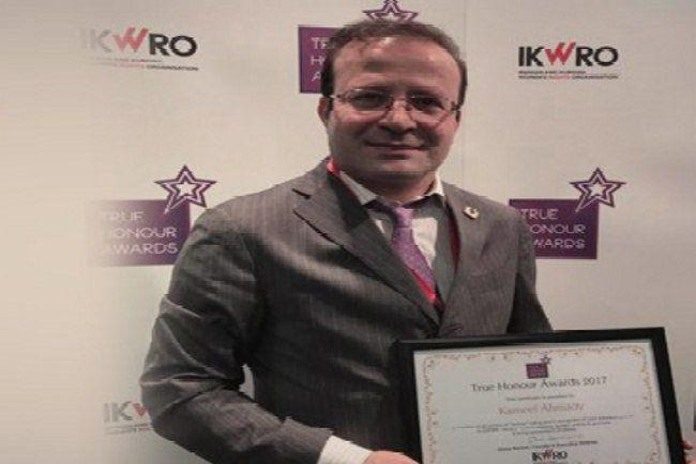 Kamil Ahmadi, an Iranian-British dual citizen, was arrested in Tehran by security forces.

According to the Campaign for the Defense of Political and Civil Prisoners, on Sunday August 11th, 2019, security forces arrested Kamil Ahmadi, a writer and social scientist from Mahabad and a resident of Tehran and taken to unknow location.

Shafagh Rahmani, Mr Ahmadi’s wife, confirmed the news on her Instagram account and said: “Ahmadi has been arrested since Sunday. Our follow-up has revealed that a branch 1 of the Evin Security Prosecutor’s Office had issued a one-month arrest warrant. We are not informed of the reason for his arrest and the charges.”

Born in Mahabad, Kamil Ahmadi, a dual Iranian-British citizen living in Tehran, has been conducting research in recent years on the social issues of “female circumcision”, “child marriage” and “white marriage” in Iran.

Mr. Ahmadi was awarded the World Peace Foundation’s Literature and Humanities Award at George Washington University last year for his research and work in the field of social damage, emphasizing “gender,” “children,” and “minorities.”