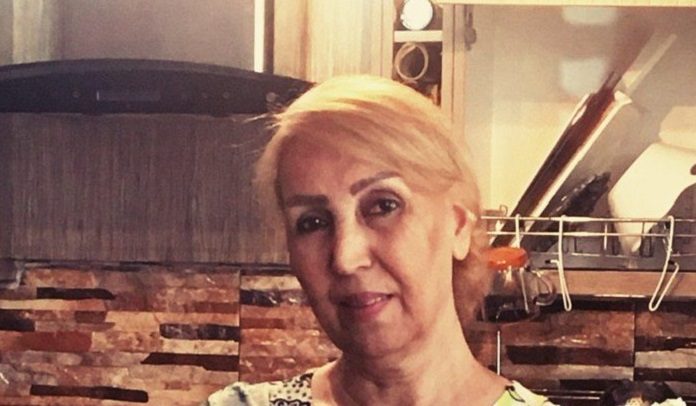 Azam Khazri Javadi (Nasrin Javadi), who was arrested on the International Labor Day, was sentenced to 7 years imprisonment and 74 of lashes by Branch 26 of Tehran Revolutionary Court on charges of “gathering and colluding to act against national security”, “propaganda against the system” and “disturbing public order”. The court hearing on the charges against this member of the Free Trade Union of Iran was held on Tuesday, August 6th, 2019.

Based on a ruling issued by the Revolutionary Court, Ms. Javadi was sentenced to 5 years in prison on charges of “gathering and colluding to act against national security,” and 1 year in prison for “propaganda against the system”  and 1 year in prison for  “disturbing public order” and 74 lashes and banned from using a smartphone and banned from joining political and social parties and groups.

On Wednesday, May 1st, 2019, the International Labor Day, following the call by the Bus Workers’ Union Syndicate, the Retirement Alliance, the Coordinating Committee and students for organizing the International Labor Day, workers, retirees and a group of citizens gathered in front of the parliament. The gathering became violence by the intervention of the security forces and Nasrin Javadi was arrested along with many citizens.

On Wednesday, May 29th, 2019, after 29 days of detention, Nasrin Javadi, was temporary released from Gharchak Prison on 100 million Tomans bail.