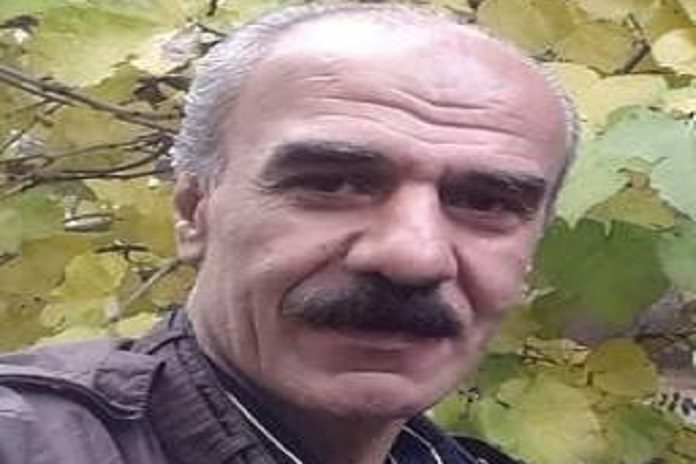 Despite Kamran Sakhtemangar’s family provided bail, the labor activist is still under arrest via decision of the Second Branch of the Revolutionary Court in Sanandaj. He was arrested by Sanandaj Intelligence Office Forces in the village of Erbiloglu in Saqez.

According to the Campaign for the Defense of Political and Civil Prisoners, Kurdish labor activist Kamran Sakhtemangar, who was detained by security forces in one of his friend’s private garden in the village of Erbiloglu in Saqez, Sanandaj, remains in the Sanandaj Central Prison, despite providing bail.

Mehrdad Amin Vaziri, a labor activist from Sanandaj, told the Campaign: “Based on investigations by people close to Mr. Sakhtemangar, we found that despite his family providing bail, his release was denied. His family was then told that his sentences will be issued in the coming weeks and there is no way to bail him out.”

According to the report, the hearing for Mr. Sakhtemangar’s case was held at the Sanandaj Second Branch of the Revolutionary Public Prosecutor’s Office chaired by Judge Musa Shah Goldi Al-Baqer, on Thursday, October 3rd, 2019.  The court issued a 500 million Tomans bail for his temporarily release.

According to the informed source: “Security forces entered his house on Thursday, August 29th, 2019, to arrest Mr. Sakhtemangar. Due to his absence, the officers left after searching the house and confiscating some of his personal belongings.”