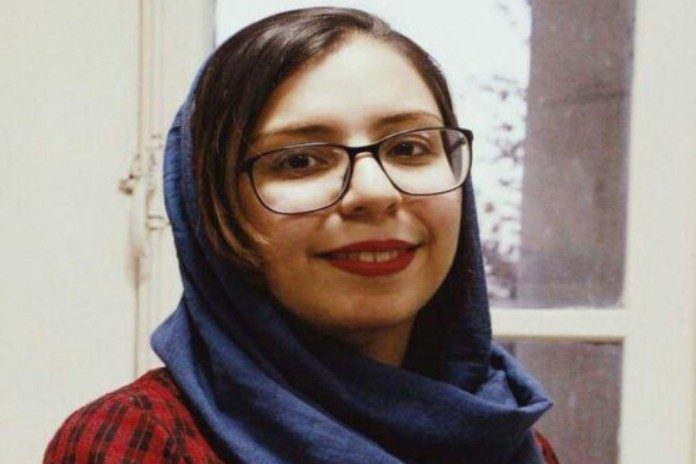 Mustafa Nili, a lawyer for Soha Mortezai, has announced a temporary arrest warrant for the starred student. The student’s case is being processed at the 3rd Branch of the Evin Security Prosecutor’s Office.

Ms. Mortezai was arrested during the gasoline protest at a student dormitory in Tehran on Sunday evening, November 17th, 2019.

Mustafa Nili, the lawyer for Ms. Mortezai, posted a note on his Twitter page on Wednesday, November 27th, 2019, while confirming the news writes: “Yesterday I went to the Moghadas court to follow-up on Soha Mortezai’s case. Her case is being investigated by Branch 3 of the court and she has been issued a temporary arrest warrant. They were also did not allowed me to enter the branch and to declare myself as her lawyer.”

Ms. Soha Mortezai, secretary of the Student Council of the Law and Political Science, and secretary of the Central Student Council of Tehran University Students, were arrested in January of 2018 uprising for pursuing the status of arrested students, and in summer of the same year, during a verdict by Branch 26 of Tehran’s Revolutionary Court presided by Judge Ahmadzadeh, she was sentenced to six years in prison and two years band on any of political parties and groups membership.

“Councils of the Country Students’ Telegram channel wrote: ” “This student with ranking 10 in Political Science entrance exam, was ” starred ” with the password “Naghz Dar Parvandeh”. “

A letter from the University of Tehran’s Security has called for rejection on her university caccpentance and has prevented her from being a student at Tehran University.

“Starred students” in Iran are said to be students whose general eligibility has not been verified by the Student Selection Board of the Assessment Organization and are suspended for an indefinite period of time.

The term “starring” students since summer of 2006; was first created in the first year of President Mahmoud Ahmadinejad, when a number of postgraduate students found out about their status in university entrance exams by seeing stars next to their names on their entrance exams. But since the nationwide protests in 2009, also known as the Green Movement, many students have become ” starring “.

Last year, following the announcement of the results of the postgraduate and doctoral exams, student councils had reportedly summoned and starred a significant number of student activists.