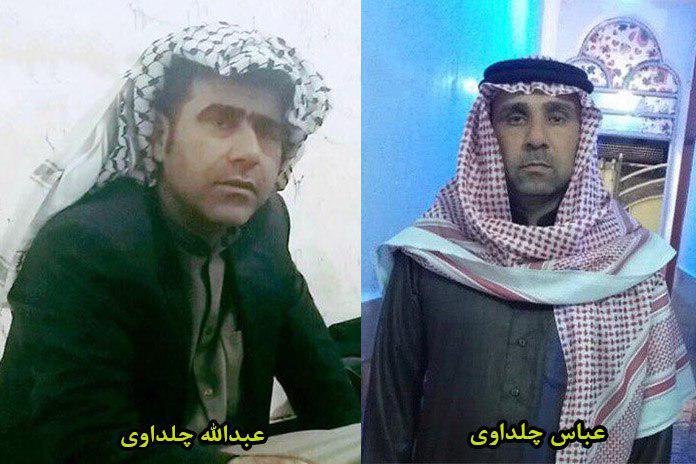 Abbas Cheldavi, an Arab citizen detained in Ahvaz Central Prison (Shiban) who was arrested by security forces in November, has been reported to be in poor health condition due to heart disease and lack of needed medication, as well as inadequate treatment. The citizen is said to have undergone cardiac surgery and was under treatment before being arrested.

In addition, Abdullah Cheldavi, Abbas’ brother and a resident of Alavi’s Ahwazi area who was arrested by security forces in November last year, remains in Ward 5 of Ahvaz Central Prison (Shiban) with a pending case for nearly 14 months.

According to the Campaign for the Defense of Political and Civil Prisoners, Abbas Cheldavi, a resident of the Alavi area in Ahwaz and a prisoner held in the Ahvaz Central (Shiban) Prison, who was arrested by security forces on the morning of November 13th, 2019, is in poor physical condition due to his open heart surgery before his arrest, lack of his needed medication, and lack of medical attention by prison officials.

Mr. Cheldavi was arrested at dawn on Wednesday, November 13th, 2019, by security forces in what was called “suspicious” death of poet Hassan Heidari, along with dozens of other Ahvazi civilians, in connection with protests in Ahvaz.

Karim Dahimi, a London-based human rights activist, told the Campaign, “Mr. Cheldavi’s health is dire and the medications that his doctor prescribed after his heart surgery to take daily are unavailable.”

According to this report, Mr. Cheldavi’s family has to send the medications to Imam Jafar Sadegh Ahwaz Pharmacy first to be approved before sending them to Shiban Prison.

Abbas Cheldavi is married and has five children, all of whom are worried about his health.

Mr. Cheldavi has been arrested twice by security forces and spent nearly three years in Karun Prison in Ahwaz.

Abdullah Cheldavi, a 40-year-old married with four children, and Abbas Cheldavi’s brother were arrested by the Ahvaz Revolutionary Guards on Tuesday, November 6th, 2018. After nearly 14 months in jail, he is still detained in Shiban Prison Ward 5 with a pending case. Abdullah Cheldavi is also said to be suffering from kidney disease.

Last year, the Campaign published a report about his poor physical condition in Shiban Prison.

Abdullah Cheldavi, who has been active in cultural and civic activities including helping flood victims, being involved in various campaigns, combating addiction in cyberspace, and leading poetry sessions in Arab poetry, has been detained several times by security forces.

The Ahvazi citizen was arrested earlier by the Intelligence Service after protesting the confiscation of land in the village of Jalizi, along with more than 100 Arab activists on August 27th, 2017.