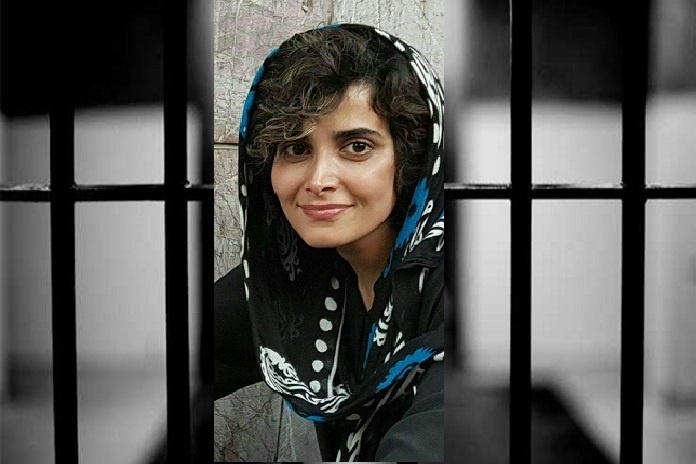 Anisha (Maryam) Asadollahi, a civil rights activist and one of the detainees of International Labor Day rally, was detained by judicial bailiffs after appearing at the Evin Security Prosecutor’s Office and transferred to Evin Prison to serve three months in prison.

According to a report published on the Free Trade Union of Iran channel, Anisha Asadollahi was arrested after appearing at the Evin Security Prosecutor’s Office and transferred to Evin prison by the order of the branch manager on January 4th, 2020.

According to the report, On Wednesday, May 1st, 2019, (the International Labor Day), Ms. Asadollahi, along with several other participants in the May Day rally, were detained in front of the Parliament building in Tehran. She was released temporarily from Evin Prison on bail on Saturday May 4th, 2019.

At the Evin Security Prosecutor office the charges of “propaganda against the system”, “gathering and colluding to commit a crime against national security” and “disturbing public order” was communicated to her.

Ms. Asadollahi was summoned to Branch 26 of the Tehran Revolutionary Court on Saturday, October 5th, 2019. Her case was heard by Judge Iman Afshari, the head of the Branch, and she was cleared on the charges “propaganda against the system” and ” Gathering and colluding to commit a crime against national security “, but was sentenced to one year prison and 74 slashes for “Disrupting public order”. According to the judgment, the six months of sentencing and 74 slashes were suspended and remaining of the prison sentence was converted to alternative penalties, including two months of service to the veterans and a transcript of several court-ordered books.

It should be noted that security agents arrested Anisha Asadullahi at 21:30, on Tuesday June 18th, 2019, at Kamil Street in Tehran where she works. She was then transferred to Section 209 of the Ministry of Intelligence in Evin Prison.