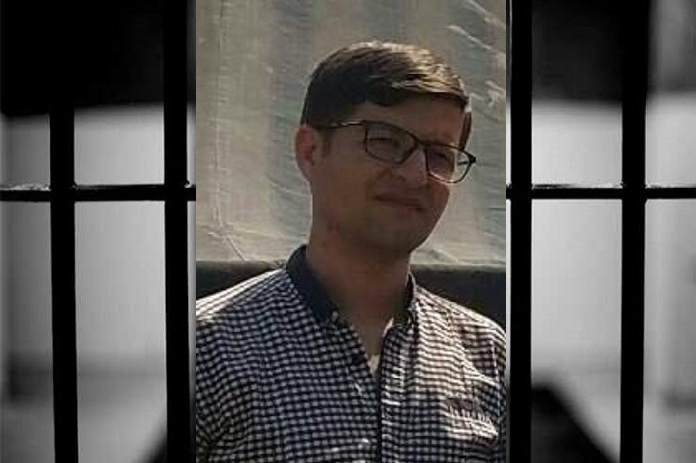 Activist Sajad Shahiri (Azerbaijani) was arrested by security forces near his residence in Naghdeh.

According to the Campaign for the Defense of Political and Civil Prisoners, Sajad Shahiri, a resident of Naghdeh, was arrested by security forces and taken to an unknown location on January 16th, 2020.

According to the report, security forces stopped Mr. Shahiri’s car and let the second passenger gets off and then after seizing the car, arrested him and taken to an unknow location.

There is no detailed information on the reasons for the arrest and whereabouts of this Naghdeh resident.

Mr. Shahiri was previously arrested by security forces along with Mir Musa Ziaegari on June 22nd, 2019. They were released on 80 million Tomans bail for each on Tuesday, July 16th, 2019.

It was reported at the time that security officials had also searched these two citizens’ workplaces and houses without a warrant. After the arrest, they were taken to the Urmia Intelligence Service detention center for interrogation and case completion.

On Wednesday August 28th, 2019, at 11:00 AM, Mir Musa Ziaegari and Sajadah Shahiri were appeared at Branch 103 of the Criminal Court to present their defense.

According to a court ruling issued by Branch 103 of the Naghdeh Criminal Court and based on Article 500 of the Islamic Penal Code, the two Azerbaijani activists were sentenced to one year of Level 8 imprisonment on the charge of “propaganda against the system”. The sentences for these two activists were reduced to 20 days imprisonment for each in accordance with Articles 37 and 38, given the lack of criminal record.