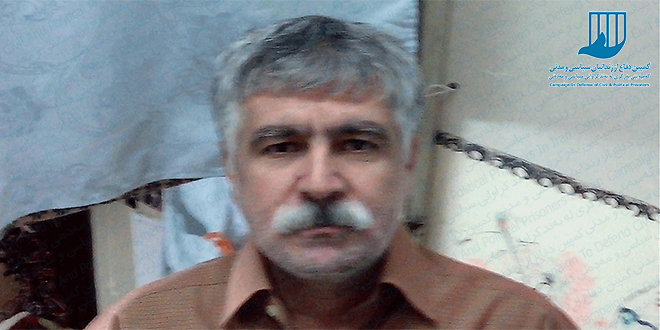 Mohammad Nazari, a Kurdish political prisoner, who is jailed in Rajai Shahr prison has been forcibly asked refusing advocacy of the Kurdistan Democratic Party of Iran.

He had been allegedly threatened by officials while he was called to Ward Sepah at the prison.

Mohammad returned back to Hall 12 where the political prisoners are located in, after having three hours in ward Sepah.

The Kurdish political prisoner has been detained when he so just was 22 years old. He has passed approximately 22 years of his springtime on the charge of the relationship with the Kurdistan Democratic Party of Iran.

Mohammad, son of Abdullah, who lived in the city of Shahin Dej in West Azerbaijan Province, was arrested by security forces on the charge of membership in the party in Bookan County on 29 May 1994. He was transferred to Mahabad prison after having three months in the Intelligence Service detentions, afterward, the Revolutionary Court declared its charge against him at branch first of Mahabad city.

After six months, the trial file was referred to the branch first in Urmia city which chaired by Judge Jalilzadeh that the verdict confirmed according to the news received by Campaign to Defend Civil and Political Prisoners in Iran.

Finally, the capital punishment reduced to lifetime imprisonment on 1999.

According to the reports received by the campaign, two of the prisoners Zaher Mostafaei and Mohammad Mehdi Zali who had been taken to Rajai Shahr prison, died because of officials negligence to their medical treatment.