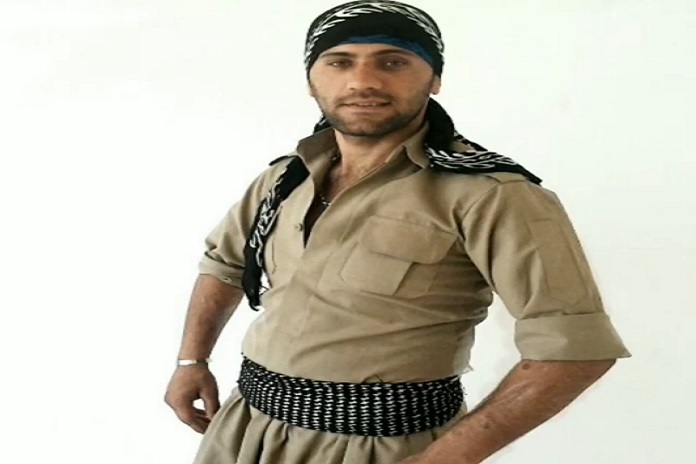 The death sentence of Houshmand Alipour, a Kurdish political prisoner incarcerated in Sanandaj Central Prison, was overturned by the Supreme Court.

According to the Campaign for the Defense of Political and Civil Prisoners, Houshmand Alipour’s lawyer announced today, Tuesday, September 15, 2020, that the death sentence of this political prisoner had been overturned by the Sanandaj Revolutionary Court. He was trialled on Thursday, October 31, 2019, on charges of “armed rebellion” and was sentenced to death on a verdict issued by the Sanandaj Revolutionary Court.

Houshmand Alipour, a Kurdish political prisoner, was arrested by security forces on Friday, August 3, 2018, near the city of Saqqez in Kurdistan Province, on suspicion of participating in a military attack on a security base in the city of Saqqez, and was charged in the 2nd Branch of the Sanandaj Prosecutor’s Office with “armed rebellion” on September 14, 2018. After almost 4 months of interrogation in the detention center of Sanandaj Intelligence Department, he was transferred to the Saqqez Central Prison on Monday, November 19, 2018.

Houshmand Alipour was a member of the Kurdistan Freedom Party and was ambushed by security forces when he arrived in Iran from Iraqi Kurdistan for propaganda activities.

This 26-year-old Kurdish citizen from Sardasht, West Azerbaijan, was detained at the Sanandaj Intelligence Department for more than two months without being allowed to have a lawyer or visit his family.

“According to the note of Article 48 of the Procedure Rules, no one can meet with this political prisoner until the investigation is completed,” Intelligence Department officials had told Ali Sakeni, Houshmand Alipour’s lawyer.

Houshmand Alipour managed to have a phone call with his family on September 1. During the call, he said that he and Mohammad Ostad Ghader were initially transferred to the Baneh Central detention center, where they were tortured to make confession. He had told his family that he had confessed only to get rid of further torture.

Houshmand Alipour also had said that he had met with a public defender on August 31, and had been transferred to Sanandaj Central detention center. However, the authorities had not allowed the two lawyers appointed by Houshmand Alipour’s family to meet with him.

His family was able to meet him briefly for the first time in November 2018 at the Sanandaj IRGC’s detention center.

On August 7, 2018, the Islamic Republic of Iran Broadcasting (IRIB) broadcast a programme in which Houshmand Alipour and Mohammad Ostad Ghader, who had been arrested together, confessed to their role in the attack on a security base in Saqqez which caused financial damage to the base. But their families said that the confessions were extracted under torture and that they had not taken up arms.

Following the arrests of Houshmand Alipour and Mohammad Ostad Ghader, the Ministry of Intelligence claimed that members of “separatist and takfiri (Excommunicational) groups” that had attacked a security base in Saqqez, had been arrested.

The Kurdistan Freedom Party of Iran, based in the Iraqi Kurdistan region and carrying out armed activities against the Islamic Republic of Iran, issued a statement on August 9, 2018, claiming the responsibility for the attack. The statement stated that Houshmand Alipour and Mohammad Ostad Ghader were arrested after trying to rescue the wounded who participated in the attack.

On Wednesday, September 19 of the same year (2018), Houshmand Alipour’s brother, Hejar Alipour, published a letter detailing his brother’s arrest by the Intelligence Department agents. In the letter, he referred to the torture and forced confessions obtained under torture from his brother.

The broadcast of the confessions of Houshmand Alipour and Mohammad Ostad Ghader on television and the unrest in Kurdistan raised the concerns about the issue of harsh sentences against the two Kurdish prisoners, in a way, even Amnesty International issued a statement in this regard.

In line with this case, Ali Sakeni, the lawyer of Houshmand Alipour sentenced to death, was arrested by security forces on Sunday, June 28, 2020, in his hometown in Sanandaj and was transferred to the Sanandaj Intelligence detention center.

According to a credible source, Ali Sakeni, a lawyer, was arrested on charges of “propaganda against the regime” by revealing the secrets of the case of his client, Houshmand Alipour, a prisoner sentenced to death.

Ali Sakeni was transferred from Sanandaj Intelligence detention center to Saqqez on Wednesday, July 1, 2020, and his case was pending in Branch 3 of the Saqqez Investigation Office. This lawyer was released from Saqqez Central Prison on Monday, July 6, 2020, pending trial.

Ali Sakeni was rearrested on Sunday, August 9, 2020, and transferred back to Saqqez Central Prison.

According to an informed source, Ali Sakeni had been charged with “espionage”.

Ali Sakeni’s case was pending in Branch 3 of the Saqqez Public and Revolutionary Prosecutor’s Office, and his bail commuted to temporary detention.

Mohammad Ostad Ghader, a political prisoner who was arrested along with Houshmand Alipour on August 3, 2018, on charges of being a member of the Kurdistan Freedom Party, and was shot and wounded during his detention, after enduring a third of his imprisonment, was released from Sanandaj Central Prison at 9:00 PM on Monday, April 8, 2020.

Over the years, human rights activists and organizations inside and outside the country have called for international law on fair trials, as well as defendants’ access to a lawyer and an end to the persecution of detainees for coerced confessions.