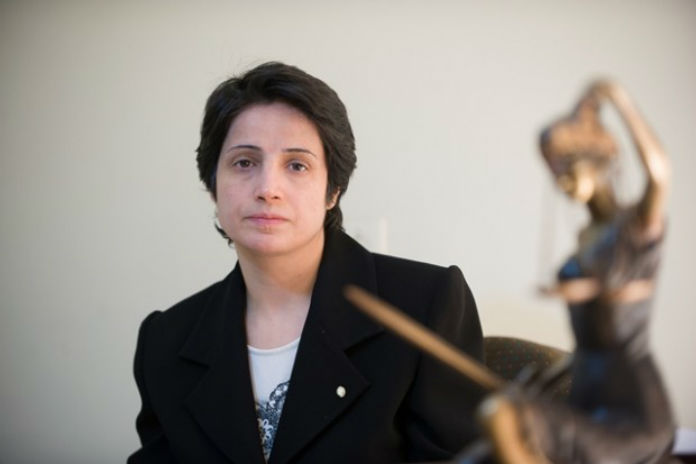 Nasrin Sotoudeh, a lawyer and human rights activist, returned to prison at the end of her temporarily released, despite having coronavirus.

According to the Campaign for the Defense of Political and Civil Prisoners, Nasrin Sotoudeh, a lawyer and human rights activist, returned to prison after a 25-day temporarily released on Wednesday evening of December 2nd, 2020.

Before returning to prison, Ms. Sotoudeh expressed concern in a message about the condition of Ahmad Reza Jalali, a researcher sentenced to death, and called on everyone to work to save the doctor’s life. She said she was unable to hold her children during her release due to her having corona.

She was later told that the reason for her arrest was to serve a five-year prison sentence in a case that she was sentenced in absentia in 2016. Ruling was issued on charges of gathering and colluding to disturb national security referring to sit-in protest in front of the Bar Association.

In Nasrin Sotoudeh’s new case, seven charges have been filed, for “gathering and conspiracy to disrupt the security of the country” she was sentenced to  seven and a half years, for “membership in the Legam campaign” to seven and a half years, for “propaganda activities against the regime” to one year and Half, for “encouraging corruption and prostitution” to 12 years, for “appearing without a religious veil” to 74 lashes, for “publishing lies to disturb the public mind” to 3 years in prison and 74 lashes, and on charges of “disturbing order and Public Welfare ” to 2 years in prison.