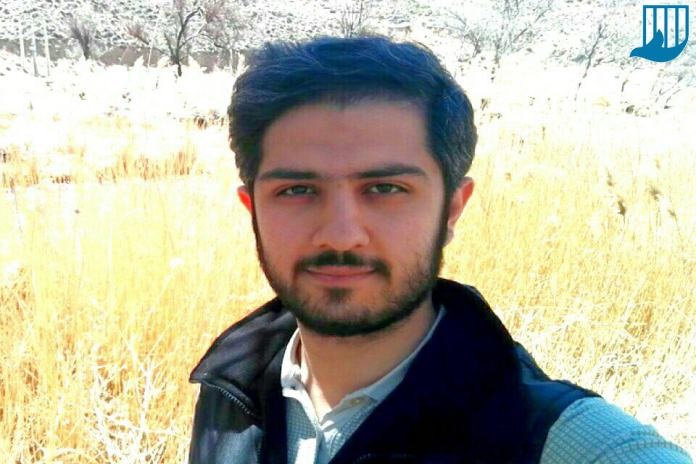 The status of Mehrdad Grivani, one of the defendants in the Amad News case, who is serving his sentence in Evin Prison, is not known.

According to the Campaign for the Defense of Political and Civil Prisoners, the condition of Mehrdad Grivani, one of the defendants in the Amad News case, who had previously been sentenced to prison, is not known.

The continuation of this ignorance and the coincidence with the execution of Ruhollah Zam, the director of the Amnnews telegram channel, has caused a wave of concern among Mr. Grivani’s relatives and family.

This civil activist living in Tehran was sentenced to 5 years imprisonment, 2 years ban on membership in any Political parties and groups, 2 years deprivation of activity in cyberspace, and 2 years ban on leaving the country by the branch 15 of the Tehran Revolutionary Court on charges of “meeting and colluding with Ruhollah Zam to commit a crime against the internal security of the country” in October 2019.

Mehrdad Grivani was arrested along with Mahan Jalaludust by police patrol officers of 148 Revelution on the evening of Saturday, November 21st, 2020.

The police officers of the 148th Revolution, after verifying the identities of these two civil activists, handed them over to the IRGC Intelligence Organization.

He was also arrested due to the discovery of evidence in Mahan Jalaludust’s car, and it is possible that he was transferred to the solitary confinement cell in ward 2A of the IRGC for interrogation.

On the morning of Sunday, November 22nd, 2020, a few hours after the arrest of Mehrdad Grivani, security forces raided the home of this civil activist and confiscated some of his personal belongings.

Earlier, on Saturday, October 12th, 2019, Mehrdad Grivani was informed of the verdict issued by Branch 15 of the Revolutionary Court of Tehran by an oral notification.

The civil activist told the Campaign for the Defense of Political and Civil Prisoners: “Judge Salavati issued this sentence to me based on Article 610 of the Islamic Penal Code, although this sentence is not final and there is a possibility of reconsideration in the Court of Appeals, but I have not yet made a decision to protest the verdict.”

The trial of Mehrdad Grivani was held in Branch 15 of the Revolutionary Court of Tehran on Tuesday, July 23rd, 2019.

On that day, Mr. Grivani was accused of colluding with one of the Telegram managers abroad with the intention of committing a crime against security inside and outside the country, and in response to his defense, he said that “defending in a court where the plaintiff is a judge, I consider it negligent! so I have no defense!”

In December 2016, IRGC-affiliated media outlets published a news item about Mehrdad Grivani stating that he had “cooperated with some media outlets.”

Although this civil and student activist later issued a statement stating: “He does not cooperate with any media”, but the arrest of this student from Qom was on IRGC security forces’s agenda and he was arrested by the IRGC intelligence and was transferred to Evin Prison Ward 2-A on January 26th, 2017.

At the time of his arrest, IRGC security forces seized his personal belongings, including a mobile phone, laptop, external hard drive, and other items.