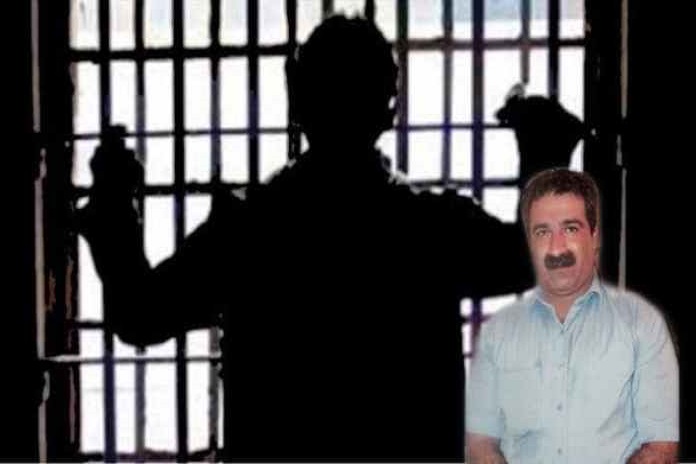 Hossein Kamangar, an Iranian Kurd who has been detained since December 2018, was sentenced by the Sanandaj Revolutionary Court to 15 years in prison.

According to the Campaign for the Defense of Political and Civil Prisoners, Hossein Kamangar, an Iranian Kurd from Kamyaran, who was previously tried by the First Branch of the Revolutionary Court of Sanandaj, presided over by Judge Saeedi, in two hearings in July 2020, and January 2021, on charges of “revolt through membership in an opposition group” was sentenced to 15 years in prison.

According to this report, the sentence was communicated to Mr. Kamangar’s lawyers and family on Saturday, March 27th, 2021.

It is said that in the coming days, Hossein Kamangar’s lawyers will file an appeal to the court.

According to an informed source close to Mr. Kamangar’s family, he had previously been acquitted of “membership in an opposition party.”

On Monday, July 6th, 2020, the trial of this political prisoner on charges of “membership in a Kurdish opposition party” was held in the First Branch of the Revolutionary Court of Sanandaj, presided over by Judge Saeedi.

Judge Saeedi had informed Mr. Kamangar that, given the large number of information provided by the Sanandaj Intelligence Office, his trial would probably be held in two sessions.

The second session of the trial of Hossein Kamangar was held in the First Branch of the Revolutionary Court of Sanandaj in January 2021.

Reports in November 2020, indicated that the Revolutionary Court of Sanandaj had issued a 15 billion Tomans bail for the temporary release of Hossein Kamangar.

In July 2019, Hossein Kamangar went on a hunger strike for three weeks to protest the continuing uncertainty and deprivation of contact with his family.

He finally was able to make a phone call to his family and ended his hunger strike on August 8th, 20019.

Following the pressure by the intelligence service on this Iranian Kurd activist, Borhan Kamangar, his niece and a member of the “Coral” music group, was arrested on August 6th, 20019.

He was transferred from Sanandaj Intelligence Detention Center to Kamyaran Prison at the end of the interrogation process and the issuance of a temporary detention order on September 23rd, 20019.

After two weeks of temporary detention, the bail was changed to 500 million Tomans and he was released on bail on October 12th, 2019.

Borhan Kamangar was finally sentenced to five years in prison by the First Branch of the Revolutionary Court of Sanandaj, headed by Judge Saeedi, on charges of “membership in the Free Life Party of Kurdistan (PJAK)” on November 2nd, 2019.

Hossein Kamangar was arrested by officers of the Sanandaj Intelligence Office in Kamyaran without a court order and with “physical violence” and was transferred to the Intelligence Detention Center in Sanandaj at 11:00 PM on Saturday, January 5th, 2019.

It was reported at the time that security agents went to Mr. Kamangar after his arrest and searched his home and confiscated some of his personal belongings