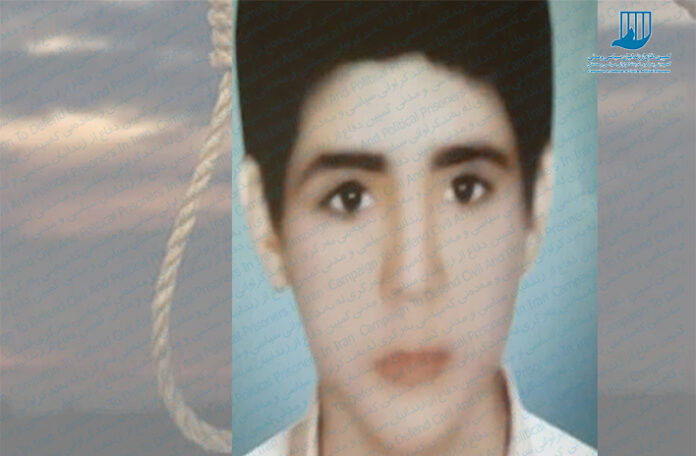 On Monday, August 2ND, 2021, Sajjad Sanjari, a child criminal, was executed in Dieselabad Prison in Kermanshah. He was tried at the age of 15 on charges of premeditated murder and his sentence was eventually carried out.

According to the Campaign for the Defense of Political and Civil Prisoners; Sajjad Sanjari; a prisoner in Dieselabad prison in Kermanshah was executed. At the age of 15, in a fight with another teenager of his age killed the boy.

Amnesty International wrote in this regard: “At dawn on Monday, August 2nd, 2021, Sajjad Sanjari, a child offender, was executed in Dieselabad prison in Kermanshah.

According to the report, his death sentence was carried out without notifying or visiting his family.

Sajjad Sanjari, when he was only 15 years old, killed a teenager of the same age in a fight in 2010. A fight between two children led to the death of one of them and Sajjad became the killer. Sajjad’s case was followed up by the Imam Ali community, and the victim’s family agreed to receive the punitive damage money and forgive his punishment. The punitive money was also collected with the help of the people, but the victim’s family changed their mind and asked for Sajjad execution instead.

Sajjad committed the murder when he was under the age of 18 and whose execution is illegal under international human rights law. In addition, Sajjad was not in a good mental health. It should be noted that there is a scenario that Sajjad committed murder in response to the other side’s attempt to rape him.