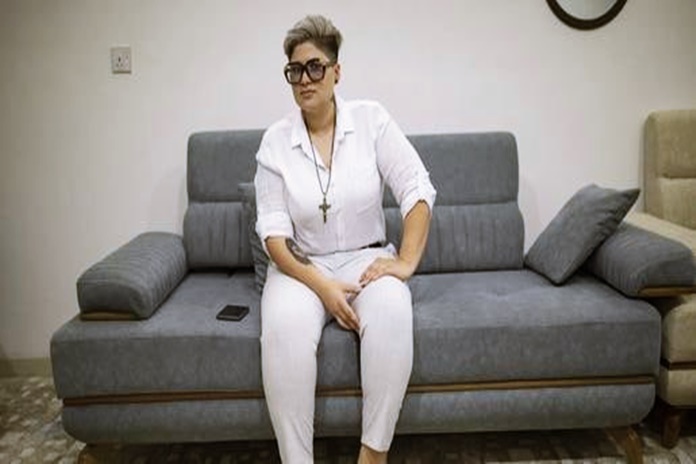 Zahra Sediqi Hamadani known as Sara and Elham Chobdar, defenders of the LGBT community, were sentenced to death by the Revolutionary Court of Urmia.

According to the Campaign for the Defense of Political and Civil Prisoners; Zahra Sediqi Hamdani, known as “Sarah”, 31 years old from Naghdeh, along with Elham Chobdar, 24 years old from Urmia, the LGBT community activists, were sentenced to death by the Revolutionary Court of Urmia in a joint case on the charge of corruption on earth through the promotion of homosexuality.

According to this report, the court accused these two community rights activists (LGBT) of “corruption in the earth” through “promoting homosexuality”, “communication with the media that opposes the Islamic Republic” and “promoting Christianity”. The verdict was communicated to them in the women’s ward of Urmia prison on Thursday September 1st, 2022.

Zahra Sediqi Hamadani was arrested by IRGC intelligence near the Iran-Turkey border.

Zahra Sediqi Hamadani was accused in the sixth investigation branch of Urmia’s Public Prosecutor’s Office and Revolution with “corruption on the earth” through “promotion of homosexuality”, “communication with the media that is against the Islamic Republic” and “promotion of Christianity” on December 27th, 2021.

In February 2022, Amnesty International announced in a statement that Zahra Sediqi Hamdani is being arbitrarily detained in Urmia Central Prison.

This organization demanded the immediate and unconditional release of Zahra Sediqi Hamdani.