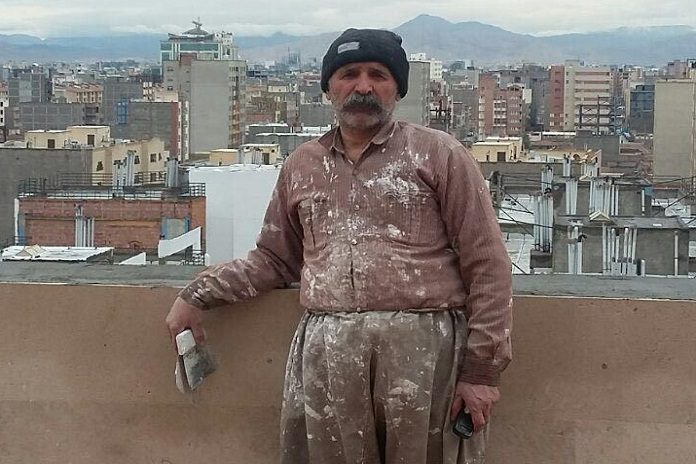 Osman Ismaili, a labor activist who was sentenced to two months of imprisonment, left Kerman to Saqhez to serve his sentence.

According to the Campaign for the Defense of Political and Civil Prisoners, on February 4, 2018, Branch of execution of criminal sentences of the Public Prosecutor’s Office of  Saqhez City, in a letter to Robeah Rahmani, asked for his appearance  within 30 days to serve his sentences.

On February 23, 2018, this labor activist traveled from Kerman to Saqez and in the next few days he will introduce himself to the Branch of Criminal Procedures of the Public Prosecutor’s Office and the Revolutionary Court of Saqhez.

On April 28, 2015, labor activist Osman Ismaili, a labor activist, was arrested by security forces in Saqez and after 12 days in solitary confinement, was released on bail of 72 million Tomans.

On November 21, 2015, this labor activist, was charged of participating in the International Labor Day ceremony and sentenced to one year of  imprisonment.  Later, after review by the Revolutionary Court of Saqez City and the renewal court, the sentence was reduced to two months of imprisonment in Saqhez prison