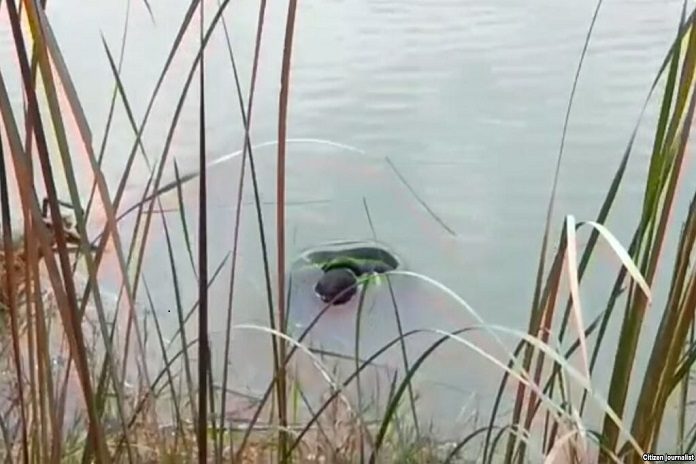 Workers say: “After his visit to factory administration office, he said:” I’m tired and will commit suicide. “

It is reported that on the morning of Tuesday 27th February 2018, after the factory officials did not respond to Ali’s request, he ended his life.

“Naghdi, committed suicide by throwing himself in a major canal that is used to water the sugarcane farm and killed himself.” said one of the seasonal workers at Haft Tapheh Sugarcane factory, confirming the news to the Iranian Labor News Agency, Ilna.

According to this seasonal worker, “Ali Naghdi entered the camp a few hours before committing suicide and told his co-worker that he is tired of fruitless tries and wanted to commit suicide so that the company’s officials might think of other workers many years of demands. “

Meanwhile, the Free Union of Workers of Iran announced that the Haft Tapheh Sugarcane workers from Cane Mover group gathered in front of the company after hearing the news of the suicide and death of Ali Qadi.

Previously, according to the report of the Free Union of Workers of Iran, Behrooz Nikoufard, a member of the Haft Tapheh Sugarcane factory, after being fired due to participation in a trade union protest, on the Thursday 26 October 2017, brought his two boys and 10-12 year old daughters to the factory and threatening to kill himself and his children with the knife and gasoline.

The Haft Tapheh Sugarcane factory workers have been often protesting their wage payments situation and the privatization of the factory.

He initially pledged to pay the workers’ deferred pays and return the expelled workers to work. Despite promises, protest workers say for many months their Insurance premiums have not been deposited and many permanent workers converted to temporary status.

A few-day sit-in protest of Haft Tapheh Sugarcane factory workers in July 2017 resulted in the arrest of 14 workers. Also in December 2017,  more than 30 protesters were arrested  and after bound or bail, they were temporarily released.