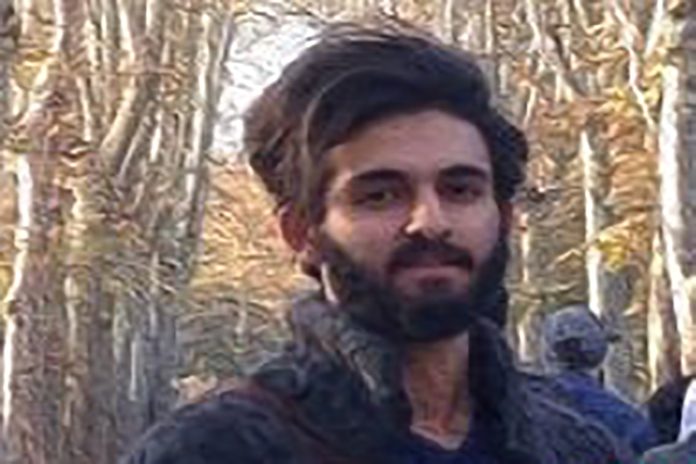 Saeid Eghbali, who was arrested by security forces on February 1st, 2018, along with a number of civil activists in various parts of Iran, continued to be detained after 62 days detention at Evin Prison Station 209.

According to the Campaign for the Defense of Political and Civil Prisoners, Saeid Eghbali who was arrested on February 1st, 2018, in Kermanshah, continued to be detained after 62 days detention at Evin Prison Station 209, due to non-provision of 100 million tomans bail.  Meanwhile, six other detainees were released from the Evin Prison by bail.

It has reported that for Saeid Eghbali, like other civil activists who were arrested same time on February 1st, a bail of 100 million tomans was issued by the prosecutor’s office in Evin. The family of this civil activist has not able to pay bail and that’s why he is still in the shared rooms of Section 209 of the Ministry of Information located in Evin Prison.

” Saeid Eghbali ‘s family went to Evin Prison to turn the bail into guarantee, but a prosecutor did not agree with their demands,” a source informed in this regard told the campaign’s reporter.

Saeid Eghbali, a civil activist, was detained by security guards in Kermanshah February 1st, 2018, and two days later was transferred from Kermanshah to Ward 209 of Evin Prison.

He also was arrested last year on January 2017, along with Gharra Ibrahimi, the wife of Arash Sadeghi by security forces.