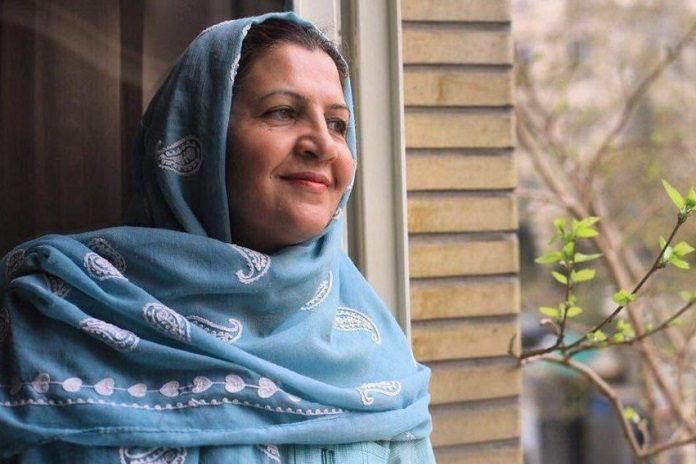 The physical condition of Shekofeh Yadolahi, a Gonabadi Darvish, has been reported to be severe and so far, she has lost her hearing.

Shekofeh Yadolahi was arrested on February 19th, 2018, by security forces and was detained in Gharchak prison in Varamin.  Shekofeh Yadolahi was reported to be severely beaten. The beating during her arrest was so severe that it has caused bleeding of her mouth, ears and nose and split her forehead. Despite the severe physical condition and doctor’s diagnosis for immediate transfer to hospital, the Gharchak prison authority prevented her transferr to a hospital outside of prison.

The Investigation Committee for the Darvish Prisoners, earlier announced that Shekofeh Yadolahi, suffers from head and rib fraction and was ordered by prison’s physicians to follow up with treatment in an outpatient clinic. But the prison security authorities asked her to wear prison outfit and be handcuffed, which was opposed by Ms. Yadolahi‘s due to illegality of it and ultimately her transfer to hospital and treatment stopped.

After being arrested, these women were transferred to the ministry detention center and said that they were subjected to intimidating interrogations, loud, and intrusive body inspections by female officers.

In addition to Ms. Yadolahi, her three sons, Kasra, Puriya and Amir Nuri were also arrested.

It was reported that originally there was a plan to release Shekofeh Yadolahi, but the prosecutor told Ms. Yadolahi, “Because you are Kasra Nouri Mother, you must be kept” and illegally prevented her release and issued 100 million Toman bail on her.

Last month, Amnesty International while expressing concern over the situation of Darvish women, called on the Islamic Republic of Iran to release them unconditionally.

The Rey Prison was formerly a poultry farm, where hundreds of women convicted of violent crimes are held in deplorable conditions, which do not meet minimum standards of treatment of detainees. Common complaints include dirt-contaminated areas, lack of ventilation, dirty and low number of health services, the spread of contagious diseases, low-quality foods that sometimes is filled with pebbles and salt water.