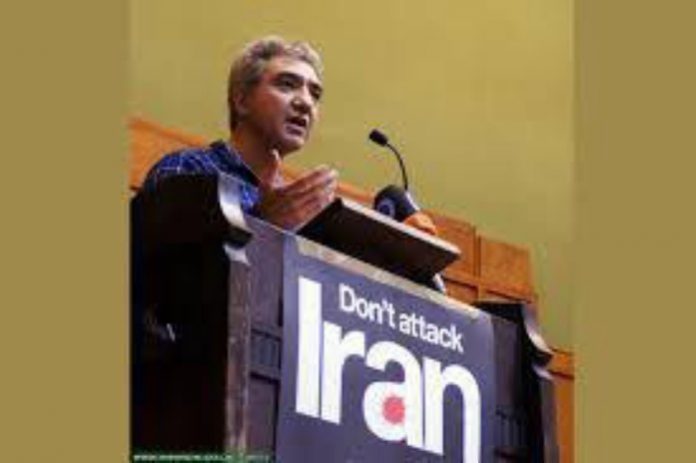 Abbas Edalat, a professor of mathematics and computer science at the Imperial University of London, who was traveling to Tehran to attend a workshop, was arrested.
Abbas Edalat, (dual national citizen), professor at Imperial University College London and anti-war activist, was arrested by the Islamic Revolutionary Guard Corps on April 15th, 2018.
FARS News Agency affiliated with the state agencies, on April 26th, 2018, while publishing about Abbas Edalat arrest wrote: “Recently, members of a British-backed infiltration network have been arrested, which are said to be linked with some of the main elements of the treachery and deviation. ”
MEHR News Agency has also identified Abbas Edalat as a member of the infiltration network and said, “the news of his arrest was published by the British government media (BBC).”
It should be noted that even though Abbas Edalat family provided the bail for his release on April 21st, 2018, the Tehran Revolutionary Court claimed that there was a problem with the necessary documents and orders and that the family should come back on Tuesday April 24th 2018. However, this dual citizen is still in detention.
A reliable source familiar with the Abbas Edalat situation told the International Campaign for Human Rights of Iran that “during the arrest, security agents attacked his house in Tehran and seized his belongings, including computers, CDs and notes.”
Abbas Edalat is the founder of a campaign in the United States called ” Campaign Against Sanctions and Military Intervention in Iran,” which is heavily engaged in opposing military intervention in Iran. Over the years, he has published numerous articles on this subject.