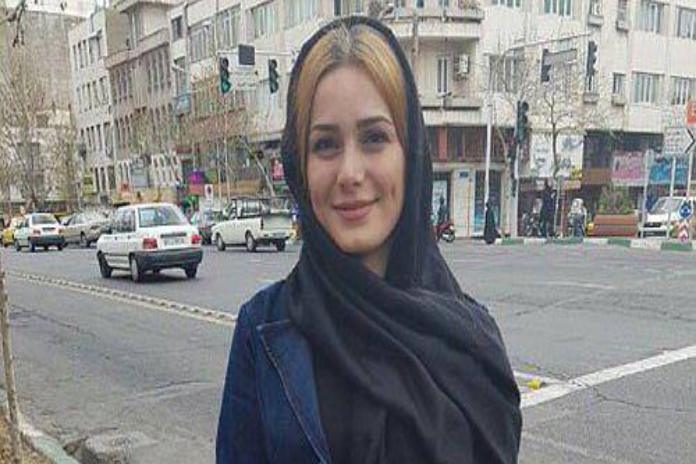 Maryam Shariatmadari, one of the Girls of Revolution Street (Dokhtaran Khiaban Enghelab), was beaten and arrested by security forces last night and transferred to an unknown location.

According to the Campaign for the Defense of Political and Civil Prisoners, Dorsa Shariatmadari, her sister reported that on Wednesday night April 25th, 2018, Maryam Shariatmadari along with her mother was arrested by security forces in Shahre Ray Street in Tehran.

On February 21st, 2018, in a protest against the forced hijab, Maryam Shariatmadari stood on top of the utility platform and waved her white scarf. She was kicked down from the power station platform by security forces and her leg was severely injured. She was transferred to the detention center of the ministry after being treated at an outpatient station.

She was sentenced to one-year imprisonment by Branch 1091 of the Tehran Penal Court 2.

On March 7th, 2018, this Girls of Revolution Street (Dokhtaran Khiaban Enghelab), was released from the Gharchak prison in Varamin on 50 million Tomans bail.

Maryam Shariatmadari, 32, is a graduate student of computer engineering at Amir Kabir University of Technology.